You are here: Home / Uncategorized / What Does ‘Farang’ Mean in Thai & Should I Be Offended?

Thais use the word “farang” to describe or reference white-skinned foreigners. In Thai the word is spelt ฝรั่ง.

It is a contraction of the Thai word for French/France, ‘farangset‘, which dates back to French Indochina in the 17th Century.

Language experts have deduced that the word is taken from the Persian word farangī (فرنگی), which originally referred to the Franks (the major Germanic tribe). Incidentally, there is also a village in Iran called Farang.

Additionally, Frangistan was a term used by Muslims and Persians during the Middle Ages to refer to Western or Latin Europe.

Similar words with similar meanings are found in other languages, too. In Ethiopia and Eritrea, faranj or ferenj is a term used to describe white people of European descendant.

While there may be some dispute over its origin, one thing we do know is that ‘farang' refers to white foreigners of European descent.

Now that we're clear on the history, let's get on to its modern day application. 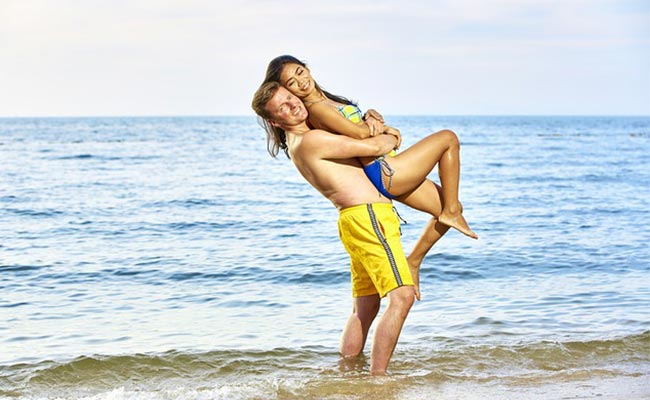 Do you really love me, or am I just another ‘farang'!

Why Do Thais Refer to Me as Farang?

It's simply a form of identification. You aren't Thai, and your appearance makes you stand out from the crowd. You are a white-skinned foreigner, so when people don't know your name, they just use the word ‘farang'.

It's so commonplace in Thailand that most Thais don't think twice about saying it, let alone think you might be offended.

It will take some getting used, but quite often in Thailand you will know when you are being talked about because you'll hear the word bouncing around in conversation.

Perhaps you've ordered food and the waitress is being told that it's your table, or maybe a neighbor who doesn't know your name is referring to you in a conversation with your wife, or perhaps some teenagers are giggling and talking about your bald head (I know how it feels – the struggle for follicle equality is real).

In each of these interactions, you are referred to as the farang.

The funniest incident I've ever had was being used as a prop for a Thai woman to control her unruly kids. They wouldn't behave in the supermarket queue, so she told them ,”Look, it's a big farang, if you don't behave he will get you!”

I'm no oil painting, but it's the first time I've been made to feel like Frankenstein!

Coming from a Western-centric background, it may feel that way.

I mean, in the UK, we certainly wouldn't refer to someone as a “foreigner”, or an “Asian” or an “African” in this way. It would be considered very rude, if not racist.

It is good manners to always refer to someone by their name and, if you don't know their name, you can use a polite description such as “The lady I was just speaking with”, or “The young man with the red jacket”.

In Thailand, however, societal norms are very different. Thais don't suffer from a fear of being non-politically correct (non-pc). They call things how they see them, across all walks of society. Moreover, it isn't taboo to comment on appearance.

For example, I've lost count of the number of times I've heard Thai friends comment on each others weight as part of their greeting; “Wow, you've put on weight”. “Yes, I know, I've been eating lots lately”.

Thais will even highlight things about their own appearance before others do; “Hi, how are you?” “Oh, lately I've been so stressed and tired. Look, I have so many spots”.

Generally speaking, Thais are not using the word ‘farang' in an offensive way. Usually it is used to identify a person whose name is unknown, or to reference something typical of a foreigner from Europe.

However, there are a few common phrases that include the F word and are derogatory. For example, “farang kee nok” translates as ‘farang bird sh**, and “farang keeniow” refers to a stingy foreigner.

And of course, if someone is displeased with you and calls you a “f'ing farang”, that would be the equivalent of a racial insult.

They Know My Name but Still Call Me a Farang!

I know, it's weird, isn't it. You feel like an object rather than a human being.

This doesn't happen often, but it does annoy me. In the past I have interrupted a conversation to half-joke-half-seriously make the point that “I have got a name, you know”.

That being said, some of the time you may find that the reference is regarding the way you do something. So your wife might be explaining something along the lines of, “No, he didn't want to do it that way, farangs do it in a different way to us”.

However, if your wife is referring to you as a “farang” on a daily basis, then it's probably time for a chat.

Is It Time for Thailand to Modernize It’s Behaviour?

Many expats are of the view that there is no excuse; that it should be obvious to anyone that referring to someone by their country, religion or color of skin is likely to cause offense.

I totally take that point, but I just don't think Thais see it that way. Should they think a little bit more about how this word is perceived? Probably, yes.

I do notice that it is used more openly in the working class sectors of society. I'm not trying to be classist here, but, for example, I don't see the same level of usage of the word among younger, more educated Thais, particularly in business interactions. Perhaps they are more conscious of using it around foreigners, in case it causes offense.

Other expats aren't bothered by the word and take it in their stride: It is part and parcel of living in Thailand. If you don't like it, go elsewhere. A bit harsh, perhaps, but there's truth in this because it isn't likely to change any time soon. Put it this way, there is no one lobbying government on our behalf for a review of the word and its connotations.

I've actually noticed a trend among expats, whereby the word increasingly grates on them the longer they live in Thailand. For the first couple of years it's just par for the course, but over time I think this word, coupled with the feeling that you're never quite accepted and are always the “outsider”, causes some resentment.

What About People of Colour?

It isn't just white foreigners who may feel discriminated against in Thailand.

Thailand, and Asia in general, has an obsession with white skin. Skin whitening products are everywhere and white skin is considered beautiful. Historically, dark skin was one indicator of class, suggesting that the lower classes worked outside laboring all day and thus were exposed to the sun without choice.

So, while white people may object to being referred to as “white foreigner” every 5 minutes, at least they can take comfort in the fact that white skin is valued/appreciated.

I would imagine that a black person, on the other hand, would feel pretty uncomfortable seeing skin whitening adverts on TV and billboards all over the place. Of course, darker skinned Thais would too, though no doubt they are used to it.

That said, it must be noted that skin-lightening products are also prevalent in many African countries, so this may not come as much of a shock. However, the context is different when the majority of people around you are lighter in skin tone.

Moreover, many black people living in/visiting Thailand have noted being referred to as having chocolate-coloured skin, or being called “Chocolate man” or similar. Some black people might see the naivety in this and laugh it off, but others may feel singled out and discriminated against.

Black people are also referred to as farang-dum (black foreigner), suggesting that the word ‘farang' can be translated as ‘foreigner. As discussed, this wasn't originally the case, but words do evolve over time to undertake broader meanings.

It is important to remember, as I pointed out earlier in the article, that Thais tend to say things as they see them. They are not PC, not by a long shot. As an example, I have a close Thai friend who has very dark skin. She has the nickname Apple-Dum (dark Apple), and all of her friends refer to her this way. She refers to herself this way!

In my experience, no. Naive at times, some, yes, lacking in critical thinking at times, some, yes. Generally speaking, though, the last thing Thai people want to do is offend others and upset people. In fact, a tenet of Thai culture is to not offend people – see Greng Jai here.

Of course there are racist people in every country, but I don't find Thailand to be a racist society. It's a culturally homogenous society that values its uniqueness and openly highlights the differences of outsiders, but that doesn't make it racist.

Does the whole “farang” thing get a bit much sometimes? Yes. And when someone knows your name, or could have easily asked, you are more than within your right to interject and make that clear.

In fact, there is a much politer term to use when referring to a foreigner, and that is khon tahng prateht (คนต่างประเทศ), so why not just use that instead?

To end this on a positive note: For the most part, as the “farang”, you are the center of attention. More often than not, you are the one being spoken about. People are interested to see you and talk to you, and, if you're polite and helpful, you will earn their admiration, too.

All said and done, I think there are more worrying things in the world to worry about than being called a “farang”.

But that's just my perspective. What's yours?