You are here: Home / Culture / Understanding Kreng Jai – The Considerate Side of Thai Culture

Kreng Jai is a Thai verb that literally means “awe of heart”. It is a phrase fundamental to the way Thai society operates.

Looked at individually, the words translate as, Kreng, to fear something or be afraid to act; and jai, something of the heart or mind.

The concept of kreng jai is one of being considerate and respectful. It shows ones reluctance to disturb, impose, or offend.

It is a way of living that seeks to cause the least hassle for other people: to not ask for unnecessary favors or to make people feel obliged to help you. 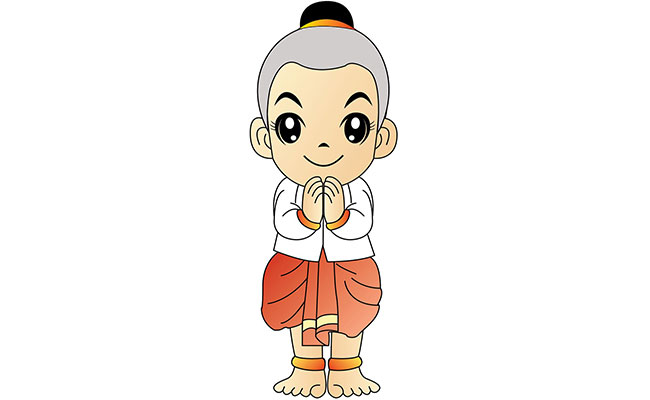 If you ask your wife to knock next door and ask the neighbor to spare some sugar, she might well be reluctant and say, “Mai ka, kreng jai!”

She is implying that she doesn't want to impose herself on the neighbor and ask a favor, which may put the neighbor in a position of obligation. She would prefer to go without, or to drive to the shop, despite the effort required.

Kreng jai can also be felt when someone offers to do you a favor.

For example, let's say I see you walking to work and pull over and ask if you want a lift. You're tired and hot, and you know I will have to take a 10-minute detour to drop you off. The culture of Kreng Jai dictates that you refuse that lift at least a couple times until I make it clear that I won't take no for an answer.

Another example of kreng jai is can be seen in receiving a gift.

You will notice that when given a gift, particularly in someone else's home, a Thai person won't open it immediately. They will save it for when they go home, unless they are encouraged to open it there and then, which they will do reluctantly, saying, “kreng jai”.

A Personal Experience of Kreng Jai

I'll never forget the time I was sitting in a cafe in Chiang Mai, having a debate with two friends. It was of a poilitical nature.

We weren't arguing but were lost in defending our positions and naturally talking over each other at different points in the conversation.

If this were a pub in the UK, our debate would have likely blended into the background noise and no one would have cared.

Suddenly, I became aware that a few of the Thai patrons were looking over at us and clearly uncomfortable with our conversation. They thought we were arguing, or at the very least disturbing their peace.

Out of respect we quickly toned things down and changed the subject to a lighter topic.

In the minds of the Thais nearby we were not exercising “kreng jai”. We weren't being considerate of others and were imposing what was likely perceived as mild aggression on those around us.

Moreover, it appeared to them as though we weren't being calm, that we were getting stressed. We weren't being “jai yen yen”, another important aspect of Thai culture, which you can read about here.

The respect element of kreng jai is observed more seriously when interacting with those in a position of seniority.

For example, students do not question the knowledge of their teachers for fear of offending them and causing them to lose face. The same can be said for children and their parents.

Similarly, journalists tend not to ask questions that may embarrass or call into question the integrity of politicians or policeman, because:

Kreng jai is to be aware of the feelings of others. It is to show consideration, respect, and politeness to others, and to not unnecessarily negatively impact the life experience of others.

In my opinion there is an upside and a downside to this element of Thai culture. On the one hand it aims to create a polite, considerate society, but on the other hand it has the potential to to prevent people from speaking their minds on important issues that might be of benefit to the greater good.