You are here: Home / Culture / A List of Thai Kings & Kingdoms (& Some Interesting Pictures)

History is fascinating, and there's something about living in a new country that sparks a desire to learn about its past.

Every town I visit I try to learn at least a little about how it was established and what it's famous for. Even the most unassuming of places can have an interesting past.

Whatever your political stance on monarchies, the dynasties that have ruled Thailand through the centuries make for interesting reading.

The kingdoms have shaped the people, culture, landscape and economic structure, and today's constitutional monarchy continues to play a huge role in people's lives.

The King of Thailand , King Maha Vajiralongkorn (Rama X), holds titles that include Head of State, Head of the Royal Thai Armed Forces, Adherent of Buddhism and Upholder of religions (1).

But what about past Thai kings and their reigns?

Well, there's a lot of names to learn and dates to remember, so I though a post documenting each kingdom and the name of each king from the current Chakri dynasty would be helpful.

It also gives me a chance to share some interesting postcards I bought that feature pictures of King Chulalongkorn (Rama 5) and King Bhumibol Adulyadej (Rama 9) and their respective families.

Here are the major kingdoms in chronological order:

Here are the names of the Thai kings of the current Chakri dynasty:

It is worth noting that the common English spellings for some of the Thai Kings may sound fairly inaccurate to Thai people. These are the most common transliterations, but expect to be corrected for mispronunciation.

I picked these postcards up for 5 Baht each at a market. I don't usually buy postcards but I found these to be very interesting, particularly the more natural ones of the children.

It isn't often you see pictures such as this these days. We are used to seeing the royals carry out their public duties on television in a formal manner, but seldom see natural family interactions.

The pictures are mostly of King Bhumibol Adulyadej (Rama IX) and his family, but there's also a couple of Rama

If you right-click on a photo you can copy the image URL and paste it into your web browser. This will open the full size image, in case you want to download one and have a copy. 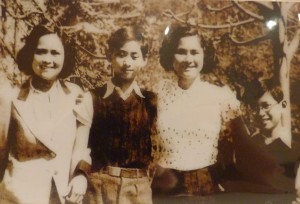 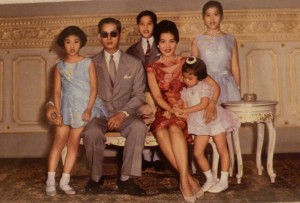 King Bhumibol Adulyadej and Queen Sirikit and their children 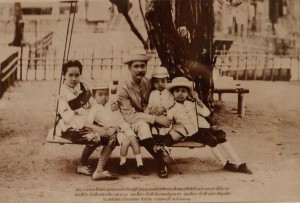 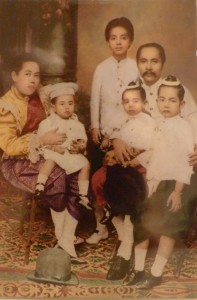 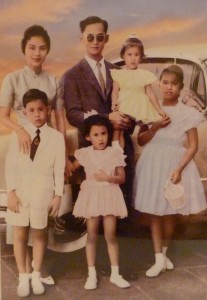 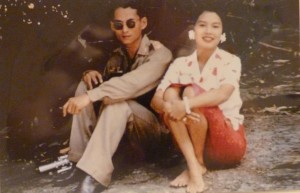 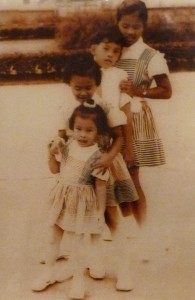 King Maha Vajiralongkorn as a child, with his 3 sisters.

Please note: Comments will be moderated in line with the rules concerning language used when addressing the Royal Family. I appreciate your cooperation.