You are here: Home / Uncategorized / Divorce in Thailand – A Spouse’s Guide

Marriages do go sour. In fact, Thailand's divorce rate is high, at 39%.

Compare that to the UK and Australia, both of which sit at 33%.

Now you know why divorce lawyers make so much money!

But, despite the odds, the eternal romantic in us spurs us on to take a chance.

In fact, I've heard from many an expat, who, having gone through an unpleasant divorce (with a Thai), decide to do it all again with another prospect just a year or two later.

But how does divorce in Thailand work?

Is it difficult to rip up the papers and move on?

What are considered grounds for divorce?

And can you contest a divorce if you want in and she wants out?

Let's get into the details. 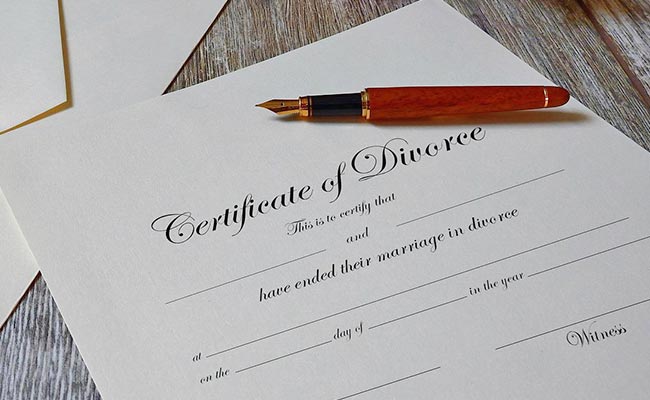 An uncontested divorce is divorce by mutual agreement. You both want out and are ready to move on with your lives.

In this case it's easy, and takes just one day.

Please note that only couples who registered their marriage in Thailand can apply for this type of divorce.

If attending the same district office, you will need the following:

The foreign national must have his or her passport certified at his or her Embassy in Thailand. Once issued, the certificate then needs to be translated to Thai before it can be legalized by the Ministry of Foreign Affairs.

If attending a different district office to the one in which you married, you will need the following:

If you have children and property and can't agree on custody terms or sharing of assets then you will need to involve lawyers. The lawyers will help you reach a compromise and avoid going to court.

If, however, you cannot reach a compromise, you will need to proceed through the court.

It's worth noting that not all countries recognize the same divorce procedures and may not accept a decree from another country. It is therefore always worth seeking legal advice to make sure you won't have any issues going forward.

If you want a divorce but your spouse doesn't, then you need to go to court and file a contested case.

You can only do this if you have grounds for divorce, though, which we'll get into in a moment. The court will decide whether a divorce proceeding can take place.

On average it takes approximately six months for the court to finish hearing a contested divorce case.

Please note that couples who did not register their marriage in Thailand may ask the Thai courts to assume jurisdiction over their divorce on the basis of important considerations such as:

If you go through the courts, you have to pay fees, thus the reason most prefer the uncontested route.

If the petition for divorce is accompanied by claims on marital property the court fees are calculated at 2% of the total amount of the claim.

You will also have to pay a Court Delivery fee to cover the cost of the delivery of the summons to your spouse.

Grounds for Divorce in Thailand

There are numerous grounds for divorce in Thailand. In fact, if you need a reason for a divorce you can be pretty sure to invent one from the following:

Child custody in Thailand is obtained by one of two procedures, as follows:

This basically follows the same line as the uncontested and contested divorce procedures: if you can't decide between yourselves then a judge will have to decide in a court of law.

If you agree on custody and visitation rights between you, in order for the agreement to be valid it has to be signed by two witnesses and registered with the district office at the time of registering the divorce.

It is also worth noting that if custody rights are granted in court, the judge can also take away the custody rights later down the line if a parent is deemed incompetent, commits misconduct, or has abused his or her parental power.

Once obtained, the foreign party should have the decree translated to English. This translation then needs to be legalized at the Ministry of Foreign Affairs of Thailand.

Once complete, check whether you need to report your divorce or file a copy with your Embassy. You may also need to do the same in your home country.