You are here: Home / Law & Politics / Income Tax in Thailand: Who Needs to Pay & How Much?

I have a few “working in Thailand” related posts on the blog, and I often get questions related to income tax.

Specifically: How much tax does a foreigner have to pay on his/her earnings, and do others such as digital nomads, who are not currently paying tax in their country of origin, have to pay tax in Thailand?

Tax law in Thailand is actually pretty complicated, so in this post I’ll just cover the need to know stuff.

I would also advise that if you aren’t on PAYE with a company and are required to do your own return that you get an accountant. Tax returns have to be reported in Thai, which presents a language barrier for most. 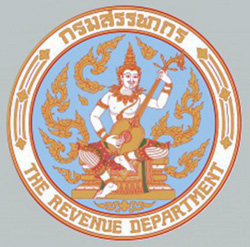 Income tax in Thailand is based on assessable income. The definition of “assessable” covers the following:

The Thai tax year runs from 1st January to 31 December. An income tax return needs to be made to the tax office by the 31st March, for the prior tax year.

Payments need to be made immediately because there are penalties for delayed processing and settlement.

For those earning income from property selling or engineering, architecture, accountancy, fine arts and the art of healing, the tax return must be filed on or before the 31st of September, with the tax due on or before the 30th of June of the following year.

Foreigners should note that when renewing a work permit, you will need to show a copy of your tax submission for the previous year.

Thailand taxes both residents and non-residents on income derived from employment or business carried out in Thailand, regardless of whether payment is remitted in or outside of Thailand.

Residents who receive income from abroad are taxable on that income if the income is brought into Thailand in the tax year in which it is received (see the section below of a definition on ‘resident'.

I know what you’re thinking: Thailand’s tax rates are pretty much the same as my home country!

One saving grace is that Thailand does not have a 45% tax rate like some countries, and in 2019 the 30% tax rate band was expanded – so you can earn more at that rate before being put onto the 35% band.

All forms of earnings are generally taxable and fall under the personal income tax bracket. This ranges from a work salary to capital gains or dividends, lease transactions, or even selling clothes on the sidewalk, as long as the earnings are over 150k per year.

The law stipulates that anyone who resides in Thailand for longer than 180 days is considered a resident.

That’s right: not a resident as in a citizen, but citizen as in eligible to pay tax.

This means you’ll need to pay tax on your global income, which is money you earn in your home country and any other country. This includes your pension (see below).

If you are a foreigner and reside in Thailand for fewer than 180 days each calendar year, then you will only have to pay tax on the earnings that you earn inside Thailand.

Now, before you say, “But I haven’t got a work permit!” It doesn’t matter. Those who do not have a work permit are NOT exempt from paying tax.

Thailand has double tax treaties with nearly every country on the planet.

The purpose of a tax treaty is to prevent a company or individual from one country being taxed twice on income earned in another country.

Many people assume that despite being considered a resident in Thailand, they don't need to pay tax on their income because it is taxed in their home country. This isn't quite true.

Once you stay the 180 days, the law requires you to declare money brought into the country if it was earned within the current tax year.

The onus is on you to sort out your residence status in your home country and let them know that for the given tax year you are a Thai resident and required to pay tax there. Then, because of the double tax treaty, you won't be taxed in your home country. And if you've already paid tax, you can ask for a rebate.

In short: the double tax treaty prevents double taxation, but doesn't define residency. This is a separate issue.

Is My Pension Taxable in Thailand?

Notice that I mentioned “pension” in the section before last. And yes, the same rule applies.

But TTL… No One Declares Pension Income in Thailand

You're right. I don't know anyone either. I'm just giving you the letter of the law here.

The reality on the ground is that Thailand isn't about to go enforcing this on retirees, because the hassle would cause a backlash and most certainly repel prospective retirees rather than encourage them.

No one wants the added hassle of retiring to the beach and having to deal with an accountant.

In fact, read around the web and you'll find that expats who have tried to pay have been turned away by the tax office and told they are “too old to pay tax”, and other strange remarks. What can I say, this is Thailand (TIT).

It's also really difficult to enforce. They'd have to keep track of all the foreigners coming and going to determine who has fallen into residency status for that tax year.

There’s a a myth among the “working online” community, which, by the way, avoids the work permit issue because the current law simply doesn’t legislate for it, that Thailand is a grey tax zone; meaning one can work inside Thailand and not pay tax in their home country, or Thailand for that matter.

This isn’t true. If you stay over 180 days in a given year, you automatically have a tax liability in Thailand.

Even if you're staying less that 180 days, you still have a tax liability and will need to pay tax somewhere.

So if you're a digital nomad in Thailand, working as a web developer, blogger, web cam stripper or whatever, you should be aware that if you aren’t paying tax, it may eventually catch up with you.

Thailand is not a tax haven. It never has been and isn't likely to ever be.

It is very likely that when Thailand finally does get around to addressing the digital nomad visa/work permit issue, that they’ll realize most of these people aren’t paying tax in their home countries and by law (residents) should be paying tax in Thailand.

Tax is always collected on retrospective earnings, and the penalty for failing to submit a tax return in Thailand is up to double the amount owed.

How to Get a Tax Number

To file a return you need a tax ID number from the tax office. To acquire one, you’ll need a passport or identity card, and need to demonstrate why you need a number.

Like every other country, tax deductions and allowances are available in Thailand. These are intended to reduce the tax load and make it seem almost generous that the tax man isn’t taking the shirt entirely off your back.

Aside from the scheduled tax allowance provided in the table below, there are limited allowances for the following:

Got a specific question related to tax in Thailand? Leave it in the comments section below.

More Tips for a Better Life in Thailand

Use Transferwise. It is fast, cheap, and gives you the market exchange rate. Me and the majority of my readers are using it.

Start with a quick quote from Cigna. Then compare my other recommendations here.

A VPN protects you against hackers and government snooping. I always use one. You should too. Read why here.