You are here: Home / Law & Politics / Narcotic & Psychotropic Drug Laws: Know the Facts Before You Travel

There's no slap on the wrist for getting caught with a small amount of marijuana, though Thailand's interim parliament has voted to allow the use of medical cannabis.

But still unlike some European countries, the police do not exercise discretion on small amounts of class B drugs. And class A drugs like heroin or cocaine will land you in the slammer. 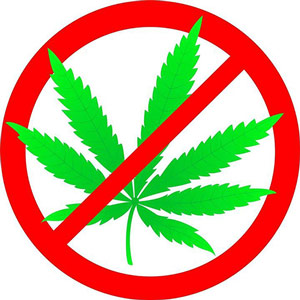 But still, year in year out, embassy representatives are called out to Thailand’s notoriously hard prisons to talk with foreigners who've been locked up for using drugs in the Kingdom, not to mention the amount of smugglers caught each year coming through the country’s airports.

The conversation always ends the same way: “You’re in a lot of trouble”.

Get caught with a substantial amount and your only hope is a pardon from the King, sometime in the next 60 years.

Prescription drugs are heavily regulated too. Some require a permit, and the majority are restricted to 30-days worth – in the original packaging and accompanied by the prescription.

Of course, seldom do people get stopped over a some painkillers, but it's best to exercise caution – better safe than sorry.

I don't take any risks when travelling. Why let a holiday be ruined by an overzealous official with an agenda.

In this post I'll cover class A and B prescription dugs, so you can arm yourself with the information you need to travel safely and well within the law.

Keep Your Distance from Drugs, Period!

It’s easy to get carried away at a Full Moon Party or club when a joint gets passed round, but get caught with that one joint and you could find yourself banged up with hardened murderers and rapists.

It seems like nothing back home, but no matter how relaxed Thai people are on the surface, the authorities take a very hard line when it comes to drugs.

Drugs have ravaged working class communities in Thailand and destroyed lives. Therefore, anyone doing drugs inside Thailand is perceived as a threat to the stability of society.

If people are smoking weed and invite you to sit with them (foreign or Thai), stay away.

The police will arrest everyone in the group, not just those in possession of the drug.

If you see anyone doing any type of drug, be it cocaine, ICE, ecstasy or weed, take yourself out of that environment immediately.

You may well find yourself in a bar/cafe setting on an island where people are freely smoking weed. I've seen it plenty of times on Pi Pi Island and Koh Pangnan. It might feel like you are in Amsterdam, but don't be fooled.

The bar/cafe owner has likely paid the local police or mafia protection to overlook this. But that doesn't make it legal. If the police suddenly show up, you might be arrested and made a scape goat.

Also consider that the majority of Thais strongly object to recreational drug use, and as such will call the police on a condo or house where they suspect drug use is taking place.

Anyone caught in violation of the laws pertaining to these categories shall be punished by imprisonment or death, depending on the circumstances as determined by the Thai Courts.

Can You Bribe Your Way Out of Arrest

While it maybe true that in some cases people buy their way out of sticky situations with the police by offering a fixed sum in exchange for freedom, depending on who you try to bribe, this may work against you as another criminal act.

The bribe is nowhere near as common as it may have been 20 yeas ago, and many foreigners exaggerate these stories too.

Also consider that the police may simply take your money and bang you up anyway. It happens.

In some instances you may be asked to pay a bribe, at which point that is for you to consider. I would never advise you to do this because you may end up in jail anyway. If you plan on staying in Thailand, you will also be in debt to a local policeman – no one wants to be in that position.

Just because you’re a foreigner, doesn’t mean you won’t get searched on the streets of Thailand.

I have been stopped and searched in both Koh Samui and Bangkok. I was asked to empty my pockets and verify my identify.

On Samui it was a roadside stop on the Ghost Road, about 1.5 km from Chaweng. In Bangkok, it was a search near Asok station as I was walking to meet a friend for a drink.

Failure to produce identification may incur a fine and a trip to the station for further interrogation, so always carry an ID card / a copy of your passport and your photo driver's license.

Also consider that if an officer thinks you are under the influence of drugs when stopped, you may be taken to the station for a blood test. 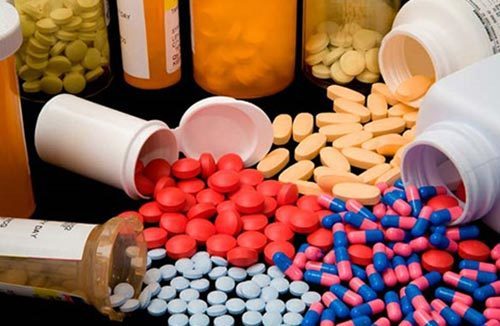 If you are traveling to Thailand with prescription drugs that may contain illegal substances under Thai law, you should read the guidelines to see if you need a permit.

The Food and Drug Administration of Thailand sets out the guidelines for cases where medications contain prohibited narcotics or substances:

The traveler is allowed to carry for his personal treatment medications which contain substance classified in Category II, III, IV, provided, however, that the quantity of which shall not exceed 30 days of usage. The traveler is required to obtain a permit “Form IC-2” issued by the Food and Drug Administration.

The traveler is also required to do the following:

The guidelines are ever-evolving, and therefore it is necessary stay on top of new developments to Thai drug laws concerning prescriptions and the use of drugs inside the country.

> Click here to read the guidelines on drug restriction.

> Click here to find out if your medication needs a permit.

> Click here to fill out the form if you have identified from the ‘drug checker' tool that you need a permit.

* IMPORTANT: If you take medication that is considered a narcotic/psychotropic substance and you want to carry it into Thailand, you should request the permit at least two weeks before the arrival date.

=> Your Next Read: Get Safe Travel Insurance <=

Thailand has a reputation as a steroid haven for bodybuilders, with all sorts of body-enhancing drugs available over the counter. But be careful.

Steroids could land you a jail sentence, even though you may be readily sold the drugs by a willing pharmacy.

Only steroids that are FDA approved are legal to buy over the counter from a licensed pharmacist, with a prescription.

While most police couldn’t care less that you are obsessed with making yourself look like the incredible hulk, you could still get fined if you don't have a prescription.

Buying for resale is a different category. Getting caught posting steroids back home, selling from a website inside Thailand, selling to friends inside Thailand, or attempting to leave with a suitcase-full from the airport could land you in serious trouble.

Get caught with enough to be suspected of selling or exporting (illegally) and you could end up in the slammer: read the story of Richard Crawley and Ashley Vincent Livingston.

Xanax is another drug that can be bought in many of Thailand’s pharmacies; as can Valium, Rohypnol and a host of other drugs. But it’s not legal. The pharmacies can and do get fined for selling these drugs and, if you don’t have a prescription, you will too.

Most expats will tell you not to worry, that nothing will happen. But my advice is to exercise caution and know the law on what you're buying and carrying.

If you go through customs with the wrong drug, or get stopped and searched and caught with something you shouldn’t have, a great trip could quickly descend into a nightmare.

No doubt you’ve heard the old “you can pay your way our of anything in Thailand” talk, but the reality is that not every policeman can be bought, as discussed previously.

Your best bet is to stay away from using banned drugs and mixing with those who do drugs.

If you have any doubt over the legality of a prescription drug you intend to travel with, get a letter from your doctor to verify your prescription and obtain the necessary IC-2 permit.

Important Notice: I will no longer reply to comments asking whether specific prescription drugs are allowed into Thailand. I am not a pharmacist and cannot properly advise on the ingredients of drugs.

You can Google the drug you have been prescribed to determine its ingredients, or ask your doctor for confirmation. Then use the official drug checker linked in the post.