Whether you’re traveling to the Kingdom of Thailand for vacation, or you live here full time, there’s no doubt that you want to avoid contracting any tropical diseases.

The one disease that springs to mind when people are planning a trip to Thailand is malaria. Some people take a course of tablets to prevent the disease, while others simply take care in  high risk areas.

But there is another mosquito-borne risk that many people aren't aware of – dengue fever.

Dengue fever is a mosquito-borne tropical disease caused by the dengue virus, and one that can seriously ruin your holiday. up

To help you avoid catching the virus, and to understand what to do if you are hit with a bout of dengue, I've created a comprehensive guide containing everything you need to know. 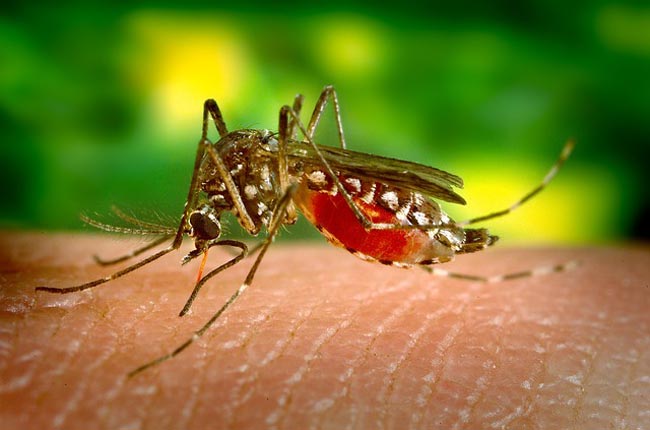 1. What is Dengue Fever and what causes it?

Dengue (pronounced ‘den’-’gee’) Fever is a viral infection caused by four different strains of viruses (DENV-1, DENV-2, DENV-3, DENV-4) that all belong to the Flaviviridae grouping.

The strains are carried by infected Aedes aegypti and Aedes albopictus female mosquitoes and are passed to humans during routine mosquito bites.

It’s important to note that these species of mosquito are present both in and out-of-doors, thrive particularly in shallow, stagnant water (like puddles, ponds, containers, and water tanks), and often bite between the hours of dawn and dusk.

Dengue is present in over 100 countries and is most present in tropical and subtropical climates, accounting for over 100 million clinical cases per year.

Outbreaks tend to occur seasonally (following the life-cycle patterns of breeding mosquitoes) and are often the second-most common ailment in travelers to warm, humid climates.

2. Where is Dengue Fever found?

Dengue is not found in most European and North American countries; it is commonly relegated to more tropical climes, and can occur in places like: Southeast Asia, the Caribbean, the Indian subcontinent, South and Central America, Africa, the Pacific Islands, and even Australia, New Zealand, and Fiji.

Because Thailand is home to both tropical climates and an abundance of still water sites, infected mosquitoes remain an issue in the Kingdom, so exercise caution when visiting during peak periods.

3. Where is dengue most common in Thailand?

The virus is endemic in the country, and risk exists in both urban and rural districts of the Kingdom, with an increased risk warning for the northeastern area of Thailand, though areas of the country’s southernmost coast have been hit hard this year.

In 2018, the province of Phuket recorded the highest per-capita infection rate in Thailand with 93.34 cases for every 100,000 people. The island saw 357 hospital-confirmed cases.

4. What is the best time to travel to avoid Dengue?

Travelers to Thailand should take care to avoid the country’s rainy season, which lasts from April until December. Rainy season is also prime mosquito season.

5. What are the symptoms of Dengue Fever?

Most who contract the disease from an infected bite suffer from uncomplicated dengue fever, and may notice symptoms four to 10 days after becoming infected.

These symptoms may include: high temperature/fever (which can reach 40C/104F or even higher), pain behind the eyes, extreme muscle and joint pain, bad headaches, stomach upset or nausea, loss of appetite, weight loss, fatigue, and a red skin rash.

If the virus is mild, symptoms typically pass in seven days time, though those afflicted may feel weak and tired for several days afterward. In severe (and rare) cases, the infection develops into a more serious form of dengue.

6. How long does it take to recover?

If the infection is a mild one, symptoms begin 4-10 days after infection, can last for up to 10, but generally start to clear up after about a week – though the after-effects of the disease may leave you feeling tired and unwell for up to two weeks.

There is no specific treatment for the disease; most doctors recommend resting and treating the symptoms until the infection runs its course. The NHS recommends taking paracetamol (avoid aspirin and ibuprofen) to alleviate pain and discomfort from fever, adequately hydrating to avoid feeling unwell, and resting.

7. Can you die of dengue fever?

In very rare cases (1-2%), a dengue infection can progress to ‘severe dengue,’ which is sometimes fatal.

8. Is there a Dengue Fever vaccine?

In 2016, scientists developed a fairly effective vaccine for dengue that became available in a few Southeast Asia countries, namely the Philippines, Indonesia, and Singapore, and in the Central and South American countries of Mexico, El Salvador, Costa Rica, Brazil, and Paraguay.

The issue, however, is that the three-installment dose costs roughly $207 USD.

Last year, the drug’s manufacturers cautioned that the vaccine should only be used in those who had previously contracted a dengue infection, as the vaccination may worsen the severity of subsequent infections.

Still, the formula — which is a combination of the yellow fever virus and the four strains of dengue — has been found around 60% effective in action. Researchers are still working on the ideal dengue vaccination — one that is cost effective and affordable, easily shipped, and safe.

9. Can you get Dengue Fever twice?

Contracting dengue only makes you immune to one variant of the virus — because dengue has four different strains, it’s quite possible to become infected again.

Health professionals warn that contracting dengue a second time may lead to a more severe infection with worse symptoms, and an increased risk of contracting DHF.

It’s widely believed that dengue cannot be spread from person to person — you can only contract it from an infected mosquito bite.

11. Can Dengue be spread through sex?

Contrary to popular belief, there is new evidence to suggest that dengue fever can be spread by sexual contact.

In a recent case, an Italian man was found to have the virus lingering in his semen a month after he contracted the infection in Thailand (the virus left his blood and urine after 23 days, but remained in his semen after 37).

This highlights a new possibility that dengue could be sexually transmitted, though the researchers acknowledged that further studies were needed to confirm this theory.

hose who have already been infected are at a higher risk of contracting severe dengue (though it is quite rare for travelers to get it).

Signs of severe dengue include: severe abdominal pain, a swollen abdomen, frequent vomiting (and vomiting blood), bleeding gums, cold and damp skin, a shallow and fast pulse, difficulty breathing, and drowsiness or unconsciousness due to inflammation of the brain.

It is uncommon for travelers to contract severe dengue, and is most often seen in babies and young children; the virus favors females with a higher body mass index and can be life threatening to those with chronic diseases (diabetes or asthma).

13. What is dengue hemorrhagic fever (DHF) & can it be treated?

Like lesser strains of dengue, there’s no specific and widely available medication — though, if caught early, DHF can be treated in a hospital with fluid replacement therapy.

14. How common is dengue in Thailand?

Dengue is growing more and more common, though travelers to the Kingdom are unlikely to be infected if they heed health officials’ warnings and travel responsibly.

5 Tips for Reducing Risk of Dengue

1. Always wear a good insect repellent (look for one that contains Picaridin or Lemon-Eucalyptus oil).

2. Wear (neutral coloured) loose clothing that covers your limbs and neck; you can even douse clothing in insect spray.

3. Secure windows and doors and check for holes in screens.

For more information on dengue outbreaks in Thailand, you can refer to these helpful sources: Center for Disease Control and Outbreak News Today.

Travel insurance protects you against illness like dengue fever, theft, cancellations, and more. I never travel without it. I’ve been using World Nomads for 15 years.

Find a cheap flight to Thailand using Momondo. This is my go-to search engine.