You are here: Home / Work & Money / The Boiler Rooms of Thailand – How to Avoid Investment Scams

A fool and his money are soon parted, as the saying goes. But it's not just fools that have lost their savings in Thailand to fraudsters; it's people like you and me.

The worst thing about it is, the scammers are usually our fellow countrymen – hailing from the United Kingdom, Europe, Australia, US, and elsewhere.

The ringleaders choose Thailand to set up because it's easier to fly under the radar here, and because workers are easy to find.

Many expats find themselves broke and desperate, drained by booze and babes. Others want a more lavish lifestyle, way above the THB 35k they were getting as a teacher. So when big commissions beckon, it's easy to turn a blind eye to morals.

Everyone moving to Thailand should be aware that boiler room operations exist and that nefarious people walk among us.

Use the information below to learn how these scammers work, and follow my tips further down the page on how to identify a trustworthy financial company in Thailand. 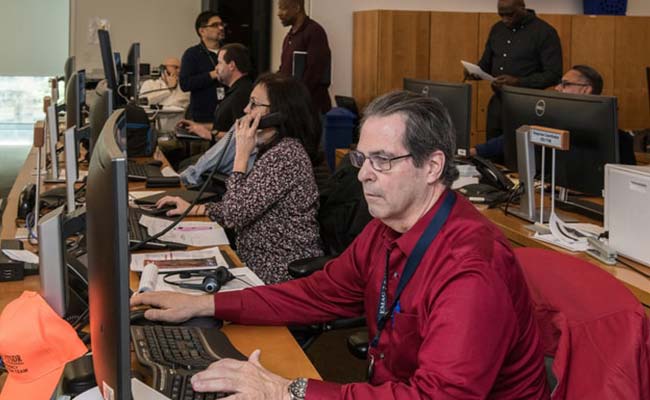 What Is a Boiler Room?

A boiler room is a call center where salespeople are employed to call lists of potential investors and persuade them to buy into financial opportunities such as securities. In more recent times, boiler rooms have also started to operate remotely, with members of the network working from home.

The name is derived from the early practice of running this type of operation in the basement/boiler room of a building and its high-pressure selling tactics.

Notable boiler room tactics include making claims that cannot be easily verified by the investor (victim), only offering positive advice about a stock, and demanding immediate payment, so as not to miss out on the “great opportunity”.

This type of fraud was brought into mainstream awareness by the film Wolf of Wall Street, which depicts the life of Jordan Belfort, who ran the fraudulent brokerage house Stratton Oakmont,

The call lists are known as “Sucker lists”, as these lists contain the names and numbers of people whom the fraudsters see as a potential easy target.

Workers usually receive a very low base pay but with the prospect of huge commissions. Sometimes the job doesn't have a salary at all but the commissions are so attractive that it makes it worthwhile.

Who Do the Fraudsters Target?

People just like you and me: Expats who live and work in Thailand and have a disposable income, or who are retired and have a considerable pension and savings.

The scammers offer appealing returns and, coupled with the backing of a seemingly legitimate company and a high persuasive sales script, those seeking quick, high ROI often fall into the trap.

Who Works in a Boiler Room?

Believe it or not, expats often find themselves unwittingly working in such places. If you're naive to this side of the financial world, you might be quite happy to be offered a job at a company paying a basic salary and generous commission. Sales jobs are often structured this way.

However, most would realize pretty quickly that all is not as it seems. But the money, booze and babes on tap provided by the ringleaders keep their ears pinned firmly to the phone, trying to con another pensioner out of their life savings.

Some seasoned scammers go from room to room, lured by higher commissions from rival networks.

The boiler room companies recruit by word of mouth, but also by placing job ads that look like reputable positions.

Why Do Scammers Choose Thailand?

Firstly, it's easier to fly under the radar in Thailand. It's also in good proximity to countries where one could launder money: Hong Kong, Malaysia, Cambodia, etc.

Moreover, it's cheap to rent office space in Thailand, and a great place to recruit English-speaking expats who want a job that will fuel their sun-drenched lifestyle of booze and hookers, and in some cases, drugs.

It has been this way for a long time. Check out the video below of seven men awaiting trial in a boiler room case back in 2001.

How Can These Companies Be Allowed to Operate?

They aren't, and of course it is illegal, but takes a long time to build a case and wade through the many layers of deception.

To the outside world the company looks legitimate. The ringleaders even go as far as publishing press releases and advertorials online and in newspapers to appear genuine.

It is often sometime before a victim realizes they've been duped. The ROI may be said to take 6 or 12 months+ to start rolling in, during which time the fraudsters can maintain the deception and move the money (clean) through a number of companies and bank accounts.

Like snaring a drug trafficking organization, it can take years to put all the pieces together and have enough evidence to prosecute the people at the top of the chain. If you act too early, you can end up bungling the operation and those you want to prosecute vanish, or simply walk out of the courtroom without charge due to lack of evidence.

By the time enough complaints have been filed to the financial regulator and the police for them to take action, the boiler room has already made hundreds of thousands of pounds, sometimes millions. The room will likely shut down, move and change names before being caught.

It may also be the case, depending on the country, that certain people in authoritative positions are paid to look the other way, so to speak. This of course hinders the investigation.

The Thai police have busted some big operations over the years such as the Brinton Group and Benson Dupont Capital Management back in 2001, and Canadian Sandy Winick in 2013.

Under Thai law, anyone convicted of running an unlicensed investment operation is liable to two to five years imprisonment and a fine of up to 500,000 Baht.

My Personal Experience with a Financial Scammer

Thankfully I haven't been scammed, but I have encountered a fraudster working for one of these networks.

I used to work from the Regus co-working space in Asok. With a Regus membership you can use one of their hotdesks whenever you like. It was a cool place to work from, with great views and free coffee.

One day an American guy turned up and started working from one of the desks. He was actually really nice; larger than life and super-friendly with everyone.

He wore a headset, like you would wear in a call center, and called people one after the other, from a list. It was hardly discreet.

Initially I didn't clock on, as I wore headphones when working and didn't hear much of his conversations. I thought he was working for a real company and that he was just hot-desking out of the office, as many do.

But when I finally did hear a few of his conversation, it all became apparent. I also realized from other calls I overheard, presumably with the boss, that it was indeed some type of boiler room setup.

My guess is that he had been doing this type of work for some time, not least because he had permission to write his own script, something I heard him discussing over the phone. He was obviously trusted by the operation.

All the signs were there, too. He would be talking to on the phone about small companies that were about to explode in value, etc., etc.

He didn't stick around for too long. I guess he left because the environment was too risky, with people hearing his calls. Though I sensed that he wasn't having much luck. He seemed to be getting stressed out and mentioned to me that his girlfriend was giving him problems.

This experience demonstrates how boiler rooms have evolved. Why hire an office and fill it with fraudsters when you can just work from home or a co-working space?

All boiler room scams are based around cold calling potential victims and hooking them in with a carefully crafted, persuasive sales script. If you get an unsolicited call, simply say you're not interested and hang up the phone.

Now I know that legitimate companies do cold call too. For example, PayPal keep calling me and trying to get me to take a loan. But it's better safe than sorry.

A fraudster may approach you in person, too. Without realizing it we are vulnerable when settling in a new country. We have our guard down and everything seems rosy: people are friendly and helpful.

We may be intrigued as to how someone is living so comfortably in Thailand and enjoying a lavish lifestyle – this is the hook such scammers use.

You might be approached by an expat in bar who, after a few drinks and some “tales of Thailand”, offers you a great investment opportunity. It's rare but it can happen.

If you are considering a pension management transfer as part of your move to Thailand, a life insurance policy, or any type of financial planning while living in Thailand, I'm happy to refer you to my IFA.

I have used the same person for many years. He is fully qualified and working for a reputable international company, with offices around the world. You can email me and I'll introduce you, or you can fill out this form here to get a quicker response.

I hope this insight and advice has been useful and helps you avoid becoming a victim of financial fraud.

Have you been the victim of an investment scam in Thailand? Have you worked in a boiler room, perhaps unknowingly at the time? I'd love to hear from you.