You are here: Home / Travel / Renting an Airbnb in Thailand: Is It Legal?

There's still a ton of confusion around the legality of Airbnb in Thailand. Did the courts rule it illegal under the Hotels Act? And if so, how come there are still listings showing availability?

Moreover, how come Airbnb itself still has a page on its website about renting your property out in Thailand?

It's hugely important to get the correct information on this subject, as many investors buy condos with the purpose of short term rentals through Airbnb.

As you've probably gathered by now, nothing is ever straight forward in the land of smiles. There's usually a caveat, a grey area, and a black market.

In this FAQ, I'll clear up some of the confusion. 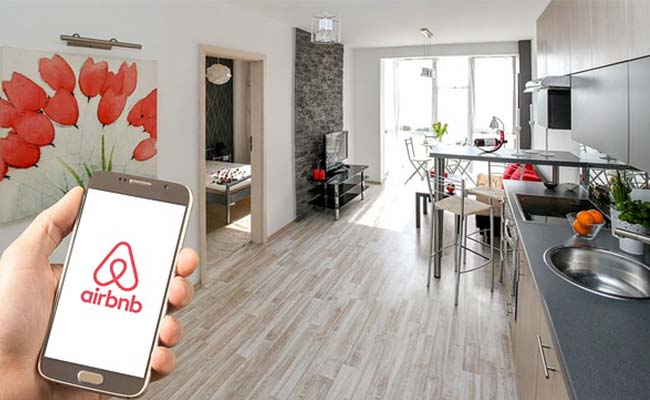 Is Airbnb Legal In Thailand?

The short answer is no, it's not legal. This was confirmed in a court ruling in 2018.

You can't rent out a property for less than 30 days, unless you have a hotel license. Generally speaking, condo buildings in Thailand do not have a license to operate as a hotel.

In fact, many condominium buildings in Thailand have notices up in the lobby stating that short term rentals are not permitted, and that doing so may result in prosecution.

The prosecution would apply to the owner of the condo, not the person renting while on holiday; though it would be most annoying to be flung out and have to find new accommodation, and potentially lose your booking money.

The prescribed punishment under the Hotels Act for operating a hotel business without a license is one year jail term and a fine not exceeding ฿20,000 (USD$645) on top of a daily fine not to exceed ฿10,000 per day as long as the violation continues.

Only daily and weekly rentals are illegal. The Hotels Act specifically exempts monthly rentals because a room rented by the month is not classified as a hotel room and is therefore okay.

Is Airbnb (the company) banned in Thailand?

No, because Airbnb can still operate if a property falls within the law.

There is an exemption for homes and villas (defined under law as having fewer than 4 units), whereby owners can register with the Ministry of Tourism.

The property is inspected and, if it passes, permission for short term rentals is granted.

Multi-unit dwellings such as condominium buildings do not qualify for this exemption.

Will I get into trouble if I book an Airbnb in Thailand?

After the 2018 ruling, there was a crackdown on those breaking the law and many people were arrested and fined for listing their condos on Airbnb. The crackdown was particularly prevalent in tourist hotspots such as Pattaya.

Come 2019 and enforcement appeared to lapse to almost zero.

Fast forward to today and hosts are openly advertising their condos on Airbnb.

As someone renting an Airbnb, you'll probably have a straight-forward, uneventful stay. But bear in mind that residents in a condo building are generally not fans of short-term rentals in their block.

Short-term tourist stays often result in parties, smoking, noise late at night, and sometimes prostitutes being brought into the building.

Because of this, it's not uncommon for residents to quiz faces they haven't seen before in the lift, by the pool, or in the gym. They may report an unfamiliar face to the building management, if they believe illegal renting is taking place.

Again, it is the condo host who will get into trouble with the condominium management and potentially the police, not the person renting.

Will I be prosecuted for renting my condo on Airbnb?

I don't have a definite answer for you, but here's a message left on the Airbnb forum back in July 2018 from a former Airbnb host:

This is VERY important for all Hosts and Travellers in, or going to Thailand.

Due to the 2016 amendment to the Hotel Act hosts are now in most cases required to have a Hotel Licence.

There are many raids taking place around Thailand with owners being arrested, imprisoned and released after payment.

This is happening daily.

Condominiums are NOT ALLOWED to advertise or accept bookings of less than 30 DAYS.

IF you do not remove your listing you are likely to be raided, arrested and face fines and imprisonment.

How come people in Thailand are still renting on Airbnb?

Because with poor enforcement it's easy to get away with.

A host can use a fake name and profile on Airbnb to avoid identification.

To avoid suspicion from other residents, a host will often meet you outside of the building when you arrive.

They will then carry your bag in under the pretense that you are friends or family, and that you aren't renting but staying as a guest.

The owner may even tell you to avoid talking to people on reception (if there is one), or give you a line to spin should anyone at the pool ask you about your stay.

I spent New Years 2019 in BKK (the whole week). I stayed in a nice unit in a new building on Soi 11. The owner of the unit NEVER told me about the Thai law (definitely my fault too for not researching it) and how my staying for a week in the unit was illegal. On the exact same night of my arrival, he gave me a set of instructions that included “walk real fast when you enter and exit, and do not speak to the front desk people.” Now here I was, 8,900 miles from home worrying about getting caught in an illegal stay. I was challenged my second day there. I gave two of the front desk people a nice gift to “look the other way.” It worked, but the anxiety never left me. Now I know. My next time in BKK, strictly hotel!

How will I know if my Airbnb rental is illegal?

If it's a unit in a condo building then it most likely isn't legal, unless that condo building has some type of special hotel status, which is unlikely.

The host, however, will most likely pretend it's legal and tell you everything is fine.

I don't blame the hosts for persisting. Many young Thais bought condos to purposely take advantage of the Airbnb trend and the intention to do short term rental.

Like other digitally driven services that have disrupted traditional channels of industry, Airbnb seemed to be the future… until that fateful ruling.

Should I still go ahead and rent an Airbnb in Thailand?

Short term rentals (under 30 days) are illegal. You can legally rent a condo unit for over 30 days, so you'll be fine if you plan to stay 31 days+.

As the owner of this website, I must advise that you stay within the law. That said, it's up to you if you want to take the risk.