You are here: Home / Travel / 14 Unspoiled Thai Beaches Other Travelers Don’t Want You to Find

Over the past few decades there has been a great deal of development in Thailand.

Some of it has been welcome, helping to improve living standards and the economy at large, but much of it unwelcome, at least from the point of view of Mother Nature, anyway.

Mass tourism and over development on the popular islands has peeled away at the seductive lure of beaches like Chaweng in Koh Samui and Karon in Phuket. As such, seasoned travellers now prefer to seek out unspoiled, off the (Lonely-Planet) beaten track beach getaways instead.

There are a number of government initiatives to preserve Thailand's natural beauty, and part of that protection has been to keep  hundreds of islands off limits to visitors.

Fortunately, there are still a few precious beaches to be found that aren't overrun by sun soakers and hawkers, and subject to water pollution and littering.

In this post, I explore fourteen of the very finest, unspoiled Thai beaches that most people simply don't know about. 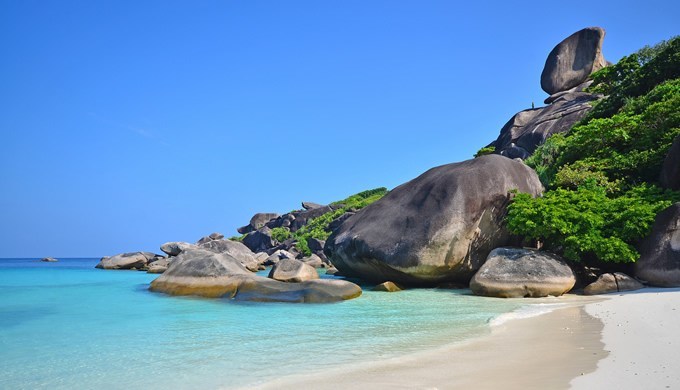 The Similan Islands is a chain of nine islands a shade over sixty clicks from Phang Nga. It takes about 90 minutes to get there from the mainland.

The largest of these islands is called Koh Similan, which offers a place to eat and a campsite.

Apart from these amenities, this is largely a place of untouched natural beauty, although it is becoming more popular – so get there asap.

The surrounding water is viewable 30 metres down from the surface, and here you'll find 5000-year old reefs, which makes for an ideal location for diving.

There are restrictions on visiting, such as during the monsoon season and turtle breeding season, so do check before you travel.

You can travel by boat from Thap Lamu Pier, in the Thai Muang district of Phang Nga province.

Fifteen minutes by longtail boat from the west side of Koh Tao sits the privately owned island of Koh Nang Yuan.

I'm no fan of privately owned islands either, but at least the 100 Baht visitor charge is put towards the upkeep of the island.

Strict rules prohibiting plastic and glass are in effect, which ensures the island remains in perfect condition.

Why not treat yourself and stay at the Nang Yuan Resort for a couple of nights? It's the only accommodation on the island. 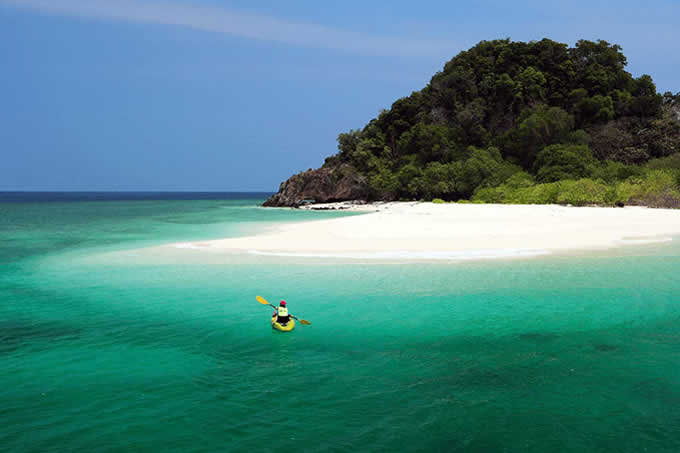 150 square kilometers of land, with a seven hundred meter high mountain at the centre, and surrounded by the Koh Tarutao Marine National Park, Tarutao boasts national park status, which means developers can't get their grubby hands on the land.

Weirdly enough, up until 1948 the island was a maximum security prison. It was thought that the shark infested waters dissuaded prisoners from escaping, despite shark attacks being rare in Thailand.

Apart from a few government buildings and the ranger station, there are no human habitations on the island.

Get there from nearby Koh Lipe. Speaking of which… 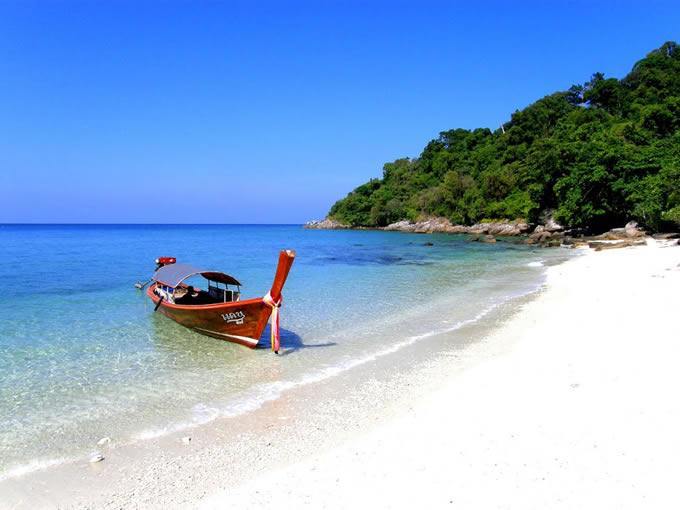 Located near the Malaysian border, and with the nearly deserted Koh Tarutao on its doorstep, Koh Lipe has seen some development over the past few years.

It has thirty-five hotels, two hospitals and even WiFi.

But that doesn’t mean it is overrun by backpackers, far from it, but can get busier than most of the other Thai beaches on this list.

Bookings are hard to come by between December and March, but if you can grab a place it’s a great island base from which the archipelago is easily explored. 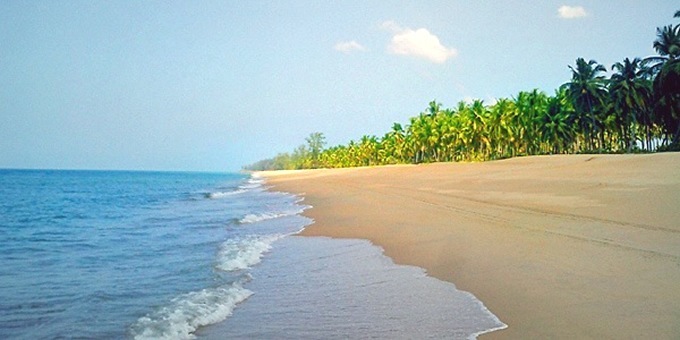 Koh Phra Thong is known as “Golden Buddha Island” after a legend involving, yes, a golden Buddha, which is buried somewhere on the island.

So the idea is to eschew your material wealth for a day and enjoy the nature; you know, like Buddha would have done.

Koh Phra Thong boasts 15km of deserted white sand beaches and is so undeveloped the bungalow accommodation is built right on the sand!

There are few finer places to spend a day and night, especially if you’re into diving. The Surin Islands are close by too, which host a multitude of tropical fish species, and the broadest diversity of hard corals in Thailand. 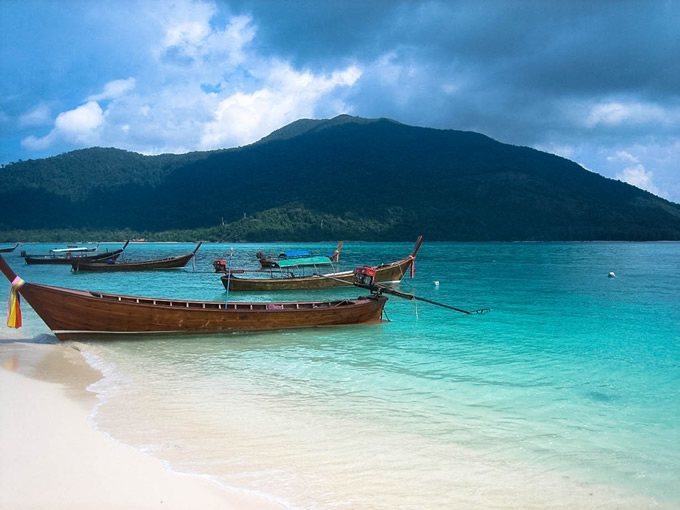 Neighboring Koh Lipe is Koh Adang. But unlike its neighbor, Adang remains almost entirely undeveloped and covered with forest.

As with the rest of the Tarutao islands, everyone arrives via long tail from Lipe.

The island is uninhabited, although a small community of Urak Lawoi sea gipsies maintain a settlement.

A 15oft cliff and spectacular waterfalls are the stand out features of this hidden gem. 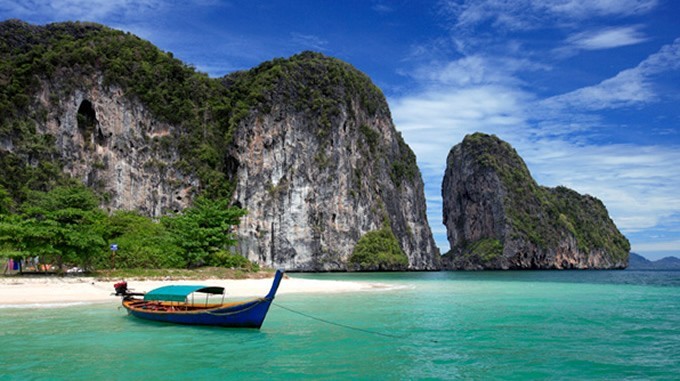 2o km offshore in Trang Province lies Koh Lao Liang. This is one of, if not the most tranquil places on Earth.

Part of Mu Ko Phetra National Park, no trees have been cut down on the island, concrete is strictly verboten, and the waters teem with dolphins and fish of all kinds.

With just one place to stay on this tiny island (and that being in large nylon tents) this place is truly for the isolated feel.

As par for the Andaman Sea, the beaches are white, the waters are teal and full of life. It is only open in the high season though, so book in advance.

Koh Lao Liang can only be described as paradise. 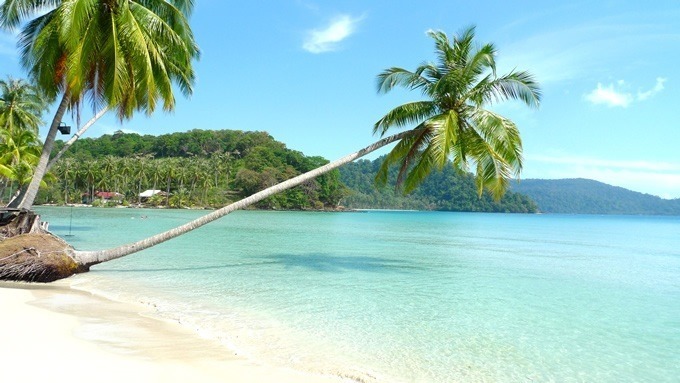 An hour offshore from the Cambodian border is Koh Kood. It is the fourth largest island in Thailand at 105 kn sq.

It contains villages and permanent residents, unlike some of the smaller islands on this list, but is still an absolute joy.

This serene island has quite a few places to stay – mostly homestays and budget hotels – yet retains the traditional island feel.

You could spend a week here, for sure. Check out Nam Tok Khlong Chao waterfall while you're here.

Another Taratao island, Koh Bulon is virtually untouched by modern adoptions such as WiFi and electricity.

A 15-minute walk from end to end, and populated by the friendly Chao Lay (fishing people) this island has a Robinson Crusoe feel.

The jungle here teems with life and the place is kept spotless by its inhabitants, which includes some huge monitor lizards!

Luckily they are not particularly aggressive unless provoked. 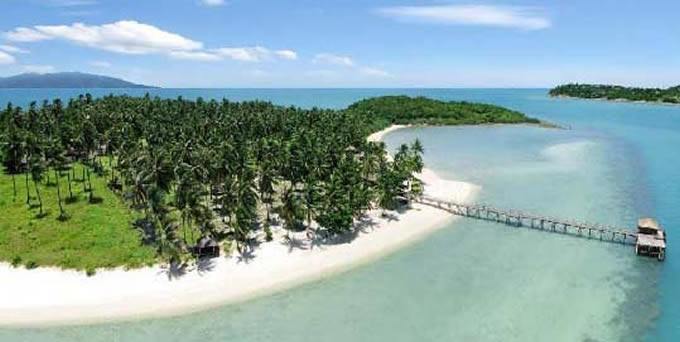 This tiny (1 sq km) island is a close neighbor of  Koh Samui, and easily accessible by speed boat from Samui in as little as 5 minutes.

The island provides breathtaking sunrise and sunset views. Marine life is rich and vibrant in the shallow waters, making snorkeling a great choice for those keen to explore.

The island is currently up for sale, yours for a cool $3.8 million USD. 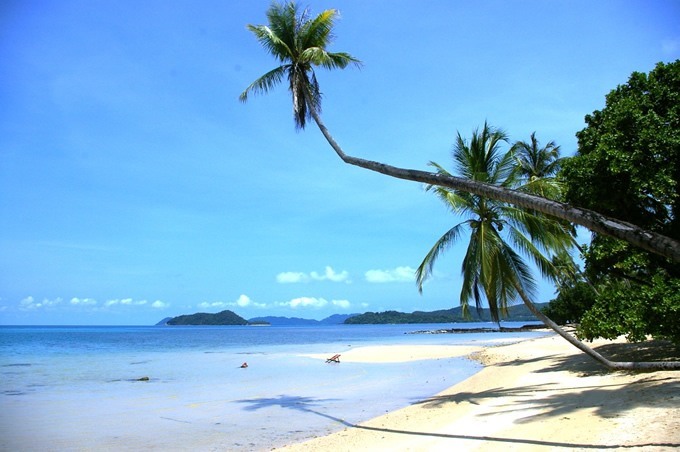 40km off the coastline of Trat, and accessible from Laem Ngop Pier, sits beautiful Koh Mak.

The island is named after the areca nut, also known as the betel nut.

People are vastly outnumbered by palm trees and aquatic life here, making the island a perfect escape into nature.

There’s minimal nightlife on the island, so don't expect a good old knees-up every night. Koh Make is more a place of detox, a place to re-center and collect your thoughts. 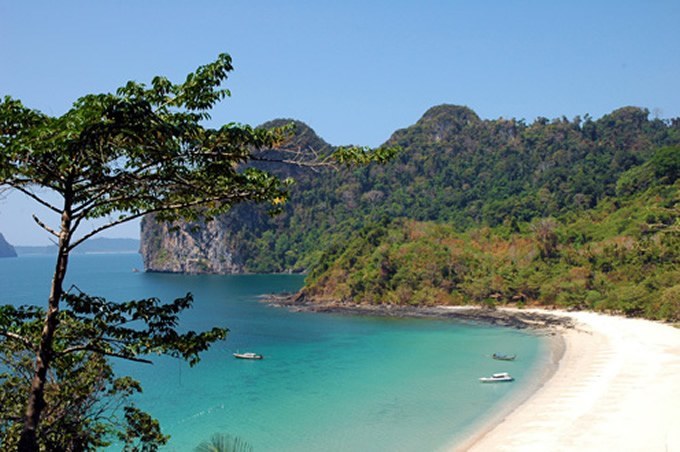 Tourists are a minority species on Koh Libong, despite four large resorts on the island.

It's a beautiful, undeveloped island with stereotypical bluey-green waters and wonderful spots to chill.

Libong is famous for its dugongs , which are a relative of the manatee, and, according to Wikipedia, “is the only living representative of the once-diverse Dugongidae family; its closest modern relative, Steller's sea cow, was hunted to extinction in the 18th century.

There’s lots of trekking here too, but the main game on Libong is relaxation. 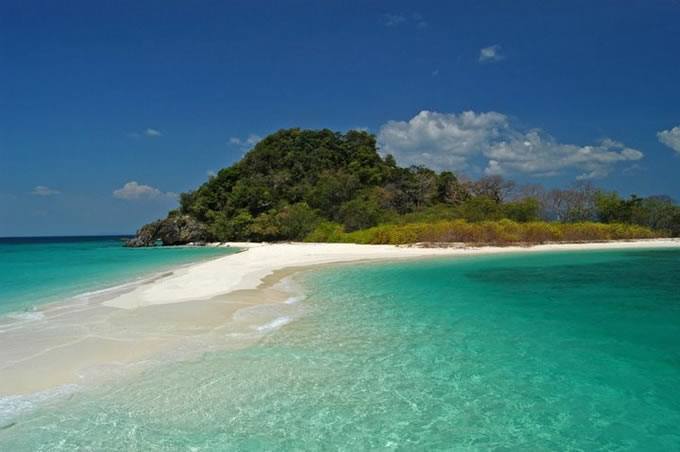 Koh Khai is nicknamed “Egg Island” because it's a huge breeding ground for sea turtles. As such, overnight stays are prohibited, and with no freshwater on the island, this is strictly a day trip affair.

This island is lined with silky sand and surrounded by crystal clear waters, making it popular with snorkelers.

Koh Khai is 15 kilometres from Koh Tarutao. You can travel here from Koh Lipe. Food is available. 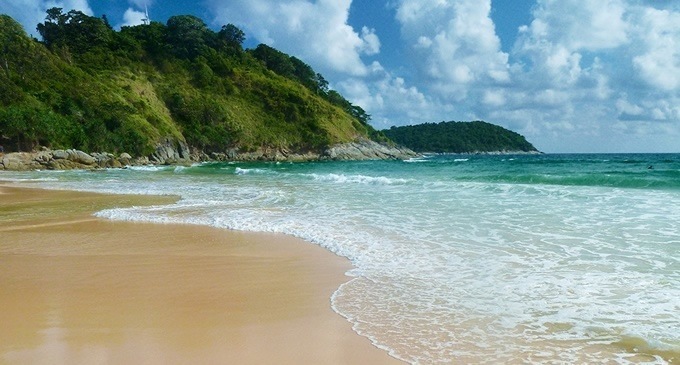 Considering this beach is on the otherwise well-developed Phuket, Nai Harn boasts a lonely atmosphere in comparison to Karon, Kata, and Patong.

This is because the Samnak Song Monastery is located right on the beach, where the monks are generally left in peace.

The beach is popular with surfers chasing breakers off the reef, and it's bay-like appearance makes it great for paddling in the shallows.

Careful though (sunbathers), there’s almost no cover from the sun on the sands at all.

Where's your favorite beach to get away from the crowds? Care to share?