You are here: Home / Law & Politics / Thailand’s Military Service – How the Draft Works

Under Thailand’s 1954 Military Service Act, all Thai men, in the year they turn 21-years-old, must register for the military service draft.

The conscription is held in April each year and takes the form of a lottery, unless you volunteer.

Military service is still valued by many in Thailand and is said to maintain respect towards the three pillars of Thai identity: nation, religion, monarchy. 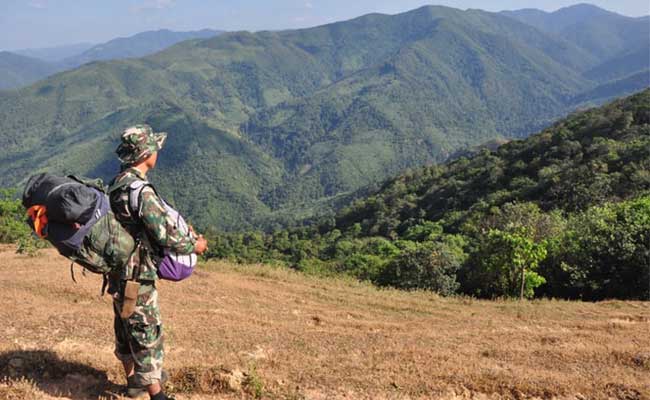 How Does Military Service Work in Thailand?

Every Thai male is required to enlist in the military reserve force at 18 years of age.

Then, at 21, men become eligible for the full draft.

Contrary to popular belief, half Thai males (leuk khrung) are not exempt, though many avoid the draft due, as others do, due to reasons we will discuss later on.

Physically, you must be:

Military service lasts 2 years. However, if you volunteer for military service from the age of 18, the service time is reduced to between 6 and 18 months, depending on your education level, as follows:

Some 80% of volunteers and conscripts through the lottery are recruited into the army, with the remainder joining the navy and air force.

Each year approximately 100,000 males are recruited, with around half coming through the lottery, and the other half voluntarily.

All men undergo an initial 10 weeks to three months of basic training before being assigned to specific units.

The draft takes place in April of each year. If you don't want to volunteer for the army, then you have to participate in a lottery.

Some do choose to volunteer in the army because it provides a salary of 9,000 Baht a month. Not much, perhaps, but enough to support a family in food and utility bills in a rural area.

At the draft lottery, each man's fate nestles on the choice of a black or red card: that's a black card for exemption and a red card for mandatory enlistment.

The military draft day is somewhat of an event, and a tense one at that. Family and friends may attend to watch loved ones take their chance. It's a day that tends to end in joy or disappointment.

Penalties for Avoiding the Draft

If you are eligible for conscription you will receive a letter to your registered address.

Failing to report for selection once notified is punishable with 3 months imprisonment or a fine of 300 Thai Baht, or both.

Not attending the military service selection day can be punished with imprisonment of not more than 3 years. Generally speaking, though, most just get a fine.

If you reach 21 years old and haven't received a letter of notification, you should self-report to avoid the fine. 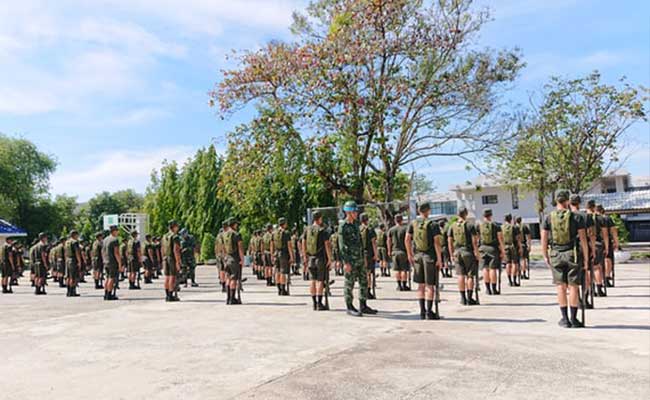 Avoiding and Deferring the Draft

There are a number of ways to defer your military service obligation:

One way to avoid the draft is to enroll in the Reserve Officer Training Corps while in school (ROTC), a program known locally as Ror Dor.

The minimum course requirement is three years, after which graduates will receive draft exemption papers.

Males and females aged 15 to 22 years, with Grade 9 education, are eligible for the ROTC program.

ROTC graduates form part of Thailand's reserve army. Some graduates may be called up to join the main army if needed, but this is rare.

2. Studying in Thailand or Overseas

You can defer military service if you are in active education. This is true for domestic and overseas study.

For Thai nationals born overseas and without an ID card or registered on a Tabien Baan, remaining abroad until 30 years old is a way to avoid doing military service.

You still have to report for service when you return, but you will be automatically released due to your age. You will be signed up to the secondary division of the army reserves, which is an inactive division.

Scrutiny of the System

The military draft system has been the subject of public debate for many years.

In the 80s and 90s the media began focussing on the fact that the overwhelming majority of recruits were from poor and uneducated backgrounds.

How was it that the sons of rich and influential people never seemed to enter the service? Could they all be drawing a black card in the lottery?

Widespread rumor suggests that one can pay to avoid the draft, or if you're influential enough just have a word in the right ears. I cannot confirm whether this is true or not.

More serious are the allegations of bullying, violence and sexual violence, particularly of gay conscripts. I cannot say whether or not such allegations are true, but an investigation by Amnesty International claims to have evidence of serious crimes under Thai and international law (1).

Such is the political controversy around the draft that all two of the three main parties (Future Forward and Pheu Thai) have said they would move to end conscription. Prime Minister Prayuth Chanocha has recently affirmed his support of military service.

For now Thailand remains one of 85 countries that still has a mandatory military service system.

Military service draft isn't something expats needs to be concerned with, unless of course you have a half-Thai son.

If your son lives in Thailand, or plans to stay in Thailand at any point for a long period of time, he is likely to get a letter (if he has an ID card and registered address).

There are, of course, ways to avoid the service, and many do.