You are here: Home / Thailand Living / A Renter’s Guide to Deposits & Conflict Avoidance in Thailand

If you're renting a condo or an apartment for more than one month in Thailand, you will have to pay a deposit.

Two month's rent paid upfront is standard, though the law states that landlords with more than 5 properties are only allowed to take a month's deposit. Whether they adhere to this is a different matter.

An apartment block usually has a single landlord, one who owns the building and all the units. The block will have a reception/office where you pay your rent.

Regardless, you will still have to pay a deposit.

Having rented numerous apartments over the years, I know the renting game in Thailand pretty well.

Depending on the rental fee, the deposit can set you back a big chunk of money, and getting it back in full isn't always the easiest thing to do.

No matter how clean and tidy you are, it's easy to run into unexpected charges because you haven't understood the rules regarding the deposit, and your tenancy in general.

So here's some top tips to help you manage the process, avoid conflict, and maximize the chance of getting your deposit back. 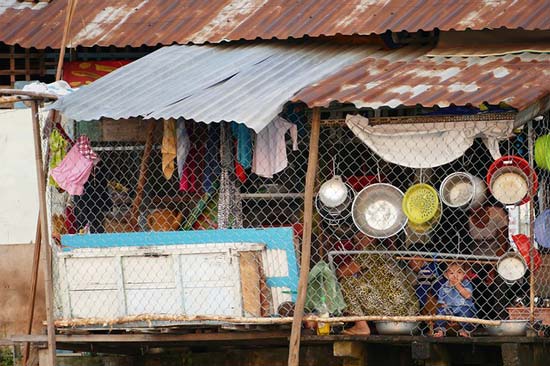 A deposit is a monetary guarantee against any damage losses incurred by the owner while renting you the property.

It therefore makes sense to ensure that you aren't accused of damaging anything that was done before you moved in.

Strangely, people usually neglect to do this; probably due to the excitement of moving in.

It is best to do this when the key-handover takes place. That way the condo owner or apartment manager knows that A) you have taken pictures, and B) that you're an astute individual and not someone who is going to be messed around in the future.

Taking pictures on a phone is ideal because a date is embedded in the metadata of the image. It's advisable to back them up to your computer, Cloud drive or USB stick and print out copies for future reference.

It's almost unbelievable, but some people do hand over deposits without getting a written agreement.

Of course, reputable apartments will have agreements as standard, but private condo rentals may not and handshake agreements aren't uncommon.

Make sure you get a tenancy agreement that stipulates the rules of the deposit. There might be a separate deposit agreement.

Make sure the amount you have paid and the date it was paid is included on the agreement and signed by you and the office manager or landlord.

Make sure you get a copy of all the documents and, if the text is in Thai, you really should consider getting a translation done.

It costs around 500 Baht per page to get an official translation done in Thailand, but for this purpose, you could get it done here on Fiverr.com for peanuts.

It's worth knowing what you cant do so that you don't break the rules and end up falling out with the management.

For example, my old apartment management listed a cost of 3,000 Baht for a replacement shower curtain. Within a few months of me being there, the curtain started to get mildew spots due to poor ventilation.

I figured it probably had mildew on before I moved in but they had scrubbed it out. The thing with mildew is that the spores pretty much always reappear.

So instead of getting charged for a new one, I bought one for 100 Baht at a local shop and called in the office manager to show her I'd replaced it.

She could see why it needed replacing, and I wasn't going to wait until they went out and bought one because it presented a health hazard. She was fine with the replacement because the quality was as good and the color matched.

This is pretty much standard everywhere in Thailand, and ranges from 500-1,000 Baht.

If you check your tenancy agreement, it will most likely say that you will be charged a flat fee for cleaning when you move out.

The joke is, they don't pay for a special deep clean from a private company. No, it's just the same housekeeping lady they employ to clean anyway. And if you pay the apartment for a weekly cleaner, it's probably the same person.

My clean is really clean. So I do get frustrated by the cleaning charge because I know that the three-year-old mop they're going to use to clean the apartment will make it dirtier than I left it!

Anyway, you'll have to suck up the cleaning charge, so don't bother kicking up a fuss.

If you damage something during your stay, you'll be far better off being upfront about it, and here's why:

Psychologically, taking a deposit is easy – it's like storing someone else's money. But giving it back feels like you're paying out of your own pocket. I believe this is one reason landlords are wired to hold onto as much of it as they can.

I've also found that it seems to be a bit of a chore for the office/landlord to get your deposit money out from the bank (see the next section). It's easier to find an excuse not to give you your money back.

The point here is, don't wait. If you damage something, own up and deal with it there and then.

Moving out is always a hassle anyway, so having this type of issue to deal with on a stressful move-out day is bound to cause some conflict.

Here's a final tip for you: Make sure you understand the process for paying the deposit back.

By this I mean, is it paid on the day you move out, or is there a waiting period? Is is paid into your bank or in cash?

I argued the case that I had paid them cash, and also said I might not be returning to Thailand. Sure, I could have said I didn't have a Thai bank account for them to pay the money into, but that might have been a difficult lie to swallow since I'd been in Thailand so long.

In a country where you probably don't speak the language very well, and rules are rarely flexible, it makes a lot of sense to fully understand your tenancy agreement and the terms around the deposit.

All said and done, don't get me wrong, Thailand is a great country to rent a place in and my experiences have been largely positive. But like renting in any country, you should always endeavor to fully understand your contractual obligations – and theirs too!