Eating fruit is always among the top few things people say they love about visiting Thailand.

However, due to the language barrier and not knowing what’s beyond the skin of the more exotic fruit varieties, most visitors rarely get beyond mangoes and bananas, and perhaps a bit of papaya or dragon fruit at the hotel buffet.

So in this post I explore 19 of my favourite Thai fruits, some of which I'm sure you've never heard of.  I've included the Thai script names too, so you can copy and paste them down and request the fruit at your local fruit stall.

I've also noted the season (months) each fruit is harvested and sold: This is useful to know because fruit in Thailand is most delicious when eaten in season. Also consider that while you can get numerous fruits all year round, if a fruit is sold out of season it is likely to be grown under artificial conditions and by using more pesticides.

Originating in SE Asia, this sweet and juicy fruit is a little like passion fruit in texture, and is recognisable from its pale yellowy-brown skin and smokey white flesh. For the record, longkong also has a thinner-skinned cousin known as langsad (ลางสาด).

To eat, break open the skin by pressing lightly with your fingers and tear off in strips. 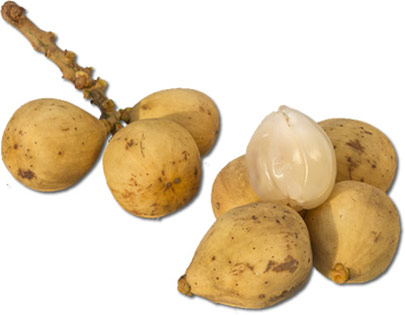 Intensely soft and sweet, custard apple is grown everywhere in Thailand and easy to come by at local stalls.

To eat, divide the fruit into two with your hands and scoop out the soft pulpy flesh with a spoon.

Mangosteen is wonderfully sweet, with a touch of sour caused by the thick skin that tightly encases the fruit. It is known as the “queen of fruits,  due to its extensive health benefits.

The purple skin is best removed by making an incision down the middle and parting with your fingers to reveal the snow-white flesh. Larger segments may contain seeds. 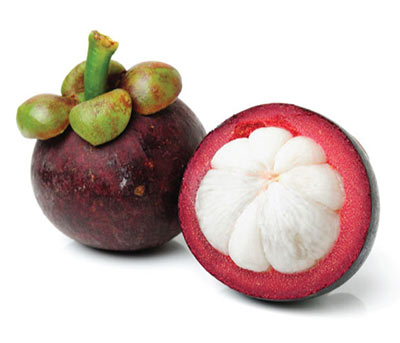 Pomelo is a little like grapefruit in many ways, albeit more sweet than bitter. It’s a member of the citrus family and comes in pink and yellow varieties.

You’ll usually find som-o ready peeled in a pack, but if you buy a whole one, simple carve off the outer green skin, peel away the white fleshy bits and enjoy. Arroy! 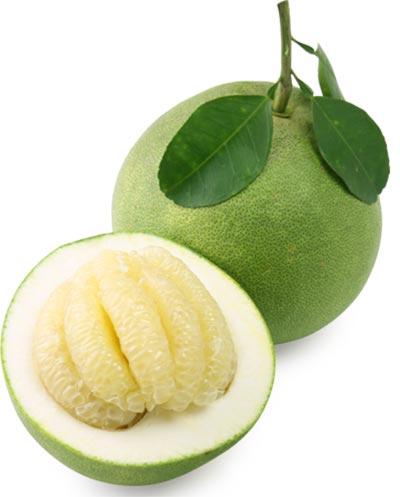 This Thai fruit is pretty easy to remember; just think of the beautiful Thai actress of the same name. And like Chom Poo (the actress), this fruit is delightfully refreshing, and therefore best consumed on a hot day.

If overripe, the fruit can be a little acidy, so don’t leave it in the fridge for more than a day.  To eat, cut through the skin, as you would an apple, and remove the hard core. 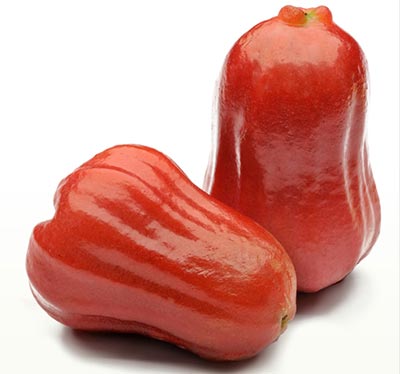 Papaya is best eaten ripe and fresh, and is commonly found at breakfast buffets all over Thailand – not to mention pretty much every street fruit stall. The green, unripe type you may be familiar with back home is used for the famous Som Tum dish (Thai papaya salad).

Smooth, sweet and slightly sour at the same time, you’ll need to skin this delicious fruit and remove all the seeds from the centre. 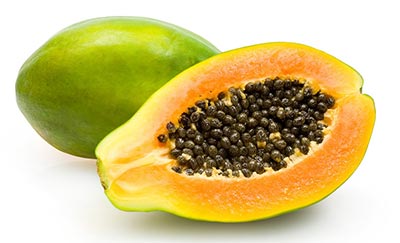 You’ll find a number of different types of mango around Thailand, but the sweet, ripe variety are most popular with visitors. Mangoes are delicious eaten alone, or in a dessert such as the popular Sticky Rice & Mango dish, which is awesome when soaked in coconut milk too.

To skin your mango, carve the skin length ways and chop into squares. When chopping, cut closely to the big seed in the middle of the fruit. 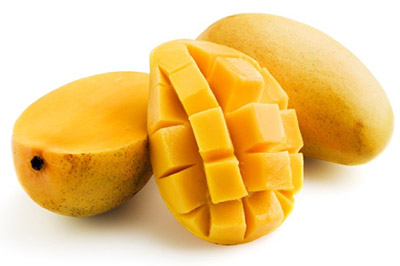 Yes, it’s the fruit that brings a chuckle with it every time you buy: “A farang buying a farang…teehehe”.

Guava is a mildly acidic fruit stacked with vitamin C. It’s super refreshing and best eaten when crisp on the outside and medium-soft on the inside.

Beware of the really sweet guava that's treated with sugar. It’s delicious, don’t get me wrong, but many make the mistake of thinking it was blessed this way by Mother Nature. Standard guava isn’t that sweet, which is why it is often sold with a small packet of sugar and chilli (for dipping). 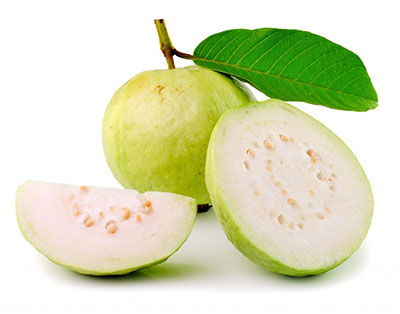 When properly ripe, Thai pineapple is very sweet and succulent, with a soft, fragrant pulp. Occasionally, a sprinkle of salt is added to temper its bite; a technique also used to prolong a fruit’s shelf life.

Best practice cutting requires that you first twist off the leafy crown, then cut off the skin at the bottom, place on a chopping board and slice off the skin, ensuring that you cut deep enough to take off the eyes too. 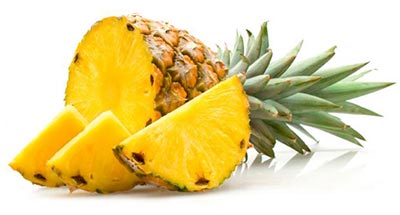 Probably my favorite fruit found in Thailand, la moot is blessed with caramel brown, honey-flavoured brown flesh that gets sweeter and juicier the more it ripens.

To eat, cut in half and squeeze the fruit free of the skin, or carefully peel with a knife. Mind the hard seeds! 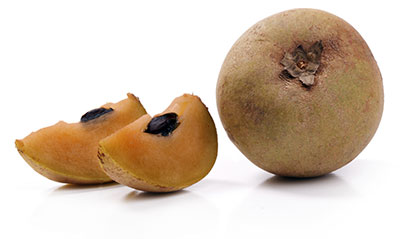 Your next read: The Truth About Pesticide Use in Thailand

You can tell a Thai watermelon by its dark green appearance. The fruit is deliciously sweet and crisp on the palette. It also comes in a yellow variety, which is not as sweet but just as refreshing.

To eat, slice lengthways from the stalk and cut into sections. Then, pass the blade of your knife between the skin and fruit. You’ll also need to pick out those pesky seeds. 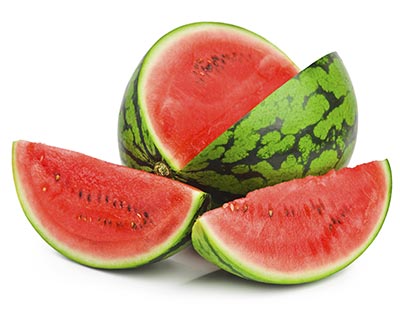 No doubt you’ve tasted a lychee before, but how about a Thai lychee, or lin chi as they’re called here?

Break open the easily removed pinkish-red skin and you’ll reveal the sweetest, moreish lychee you’ve ever tasted. If you get the chance, make sure you try a Thai lin chi shake!

The skin of a lychee is easily removed by piercing it with your thumb. 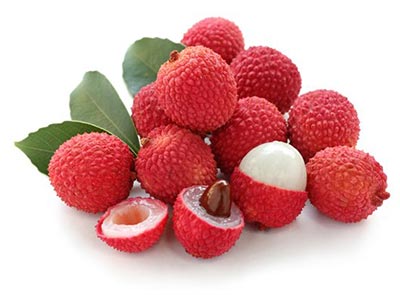 Nope, this isn’t just any old tangerine, so don’t be fooled by the green skin that makes the fruit look somewhat unripe. This is the extremely fragrant, deliciously sweet Thai tangerine, which is perfect for squeezing to make fresh juice.

You might have trouble peeling these babies, so cut lengthways from the stalk and peel the skin with a knife. Avoid wearing a white t-shirt! 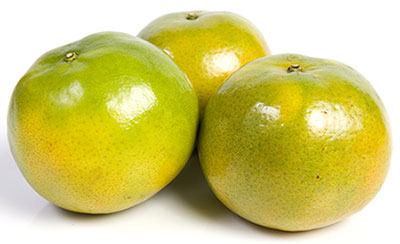 Rambutan is a particular favorite with Thais and foreigners alike. Spiky green stalks and pinkish skin guard this cloud-white refreshing fruit with care, which when peeled reveals a sweet, slightly acidic oval delight.

Veteran ngoh eaters will be adept at peeling with a simple thumb squeeze, but beginners may need to make an incision with a knife.

Be careful not to chow down on the hard seed in the middle. 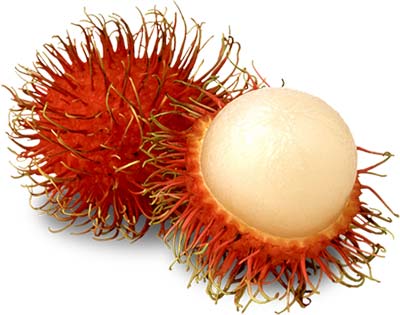 Historically referred to as “dragon eye”, the longan fruit is similar to a lychee but a little sweeter and not so juicy. The translucent pulp is also similar to that of longkong, and the similar sounding names often confuse foreign visitors.

The easiest way to peel lam yai is to make an incision with your thumbnail and tear away the rest of the skin. Carefully bite off the pulp with your teeth, avoiding the hard, inedible seed in the centre.

Dragon fruit is actually a type of cactus, which explains its colorful yet alien-like appearance. The fruit comes in three colours: two have pink skin, but with different coloured flesh (one white, the other red), while the other type is yellow with white flesh.

Sweet and crunchy, dragon fruit tastes a bit like a cross between kiwi and pear.

When ripe enough the skin is easily torn open, otherwise slice lengthways and squeeze the fruit from its skin. 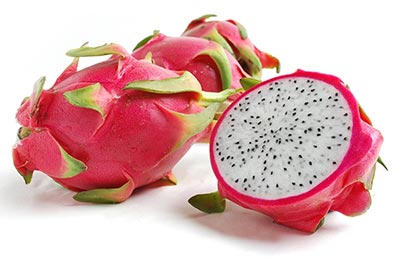 The jackfruit is indigenous to the rain forests of South and Southeast Asia, and found widely throughout Thailand. Huge in appearance, jackfruit has very thick skin and fruits can reach 36 kg in weight and up to 90 cm long!

Its yellow or orange flesh is sweet and unique tasting, and extremely filling, I might add.

It isn’t likely you’ll be cutting open jackfruit yourself, so be sensible and buy a readymade pack at the market. Yum! 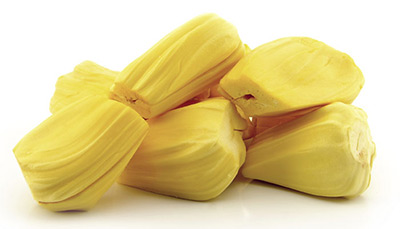 Durian is dubbed the “King of Fruits” and, like Marmite, you’ll either love it or hate it. This rather pungent fruit may offend some, and is often banned from entering hotel rooms.

Durian comes in many different varieties, with Morn Thong, Kan Yao and Chanee being the most commonly purchased.

The fruit is housed in a hugely stalked, pendulous skin, and the fruit seated in a capsule that is split into 3 to 5 segments. Each segment contains l to 5 seeds, each of which is embedded in a sweet, rich and creamy pulp. 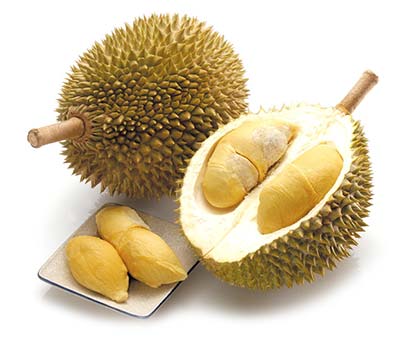 I have saved my favourite until last. This mighty little banana is known for its creamy texture and bodily benefits.

Not quite as sweet as “gluay homme” (the standard long, sweet banana), gluay nam waa is its smaller, more filling cousin that's makes for the perfect breakfast cereal accompaniment or healthy on the go snack.

When you buy a bunch, makes sure you grab a bunch with a few ripe ones to eat on the day of purchase, and the rest nearly ripe so they'll keep for a couple more days. If you buy them too ripe they'll be over ripe and going black within 48 hours.

Sometimes these beauties are tough to peel, so if need be just slice in half with a knife, or try opening from the other end. Delicious! 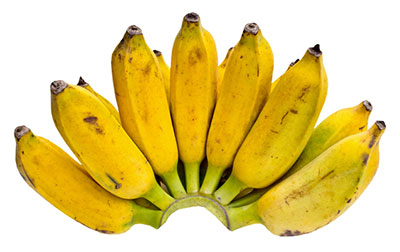 Want to add a fruit I’ve missed? Which is your favourite?

Oh, by the way, if you’re still wondering why the coconut isn’t on the list, it’s because it is a fibrous one-seeded drupe, also known as a dry drupe. However, when using loose definitions, the coconut can be all three: a fruit, a nut, and a seed.