You are here: Home / Culture / Opinion Piece: Is It Time for a Thai Reading Revolution?

I plonked my bottom on a seat and opened my book.

The Girl in the Picture, the story of Kim Phuc, the child (now a woman) who became famous after a journalist captured a picture of her just after she had been horrifically burnt by a napalm bomb during the Vietnam war.

I always read on the train, yet feel a little odd doing so in Bangkok, as most people tend to look at me as if to say; “Why are you reading a book? Serious mak mak (very serious)”.

Being from London, where reading is commonplace on trains, buses and in the back of cars, I am naturally inclined to read while the stops pass by.

Conscious of the picture of the naked girl running terrified on the front of my book, I peered over at the suited lady opposite, desperately tapping away on her iPhone playing Angry Birds, Farmville, or whatever.

I then looked to my right, and shock horror, I saw another woman – of about 35 years old – reading!

According to UNESCO statistics, Thais read eight lines a year, while Vietnamese and Singaporeans read five books per year and Northern Europeans read 24 books per year.

It got me thinking that I rarely see people reading in Thailand, at least not real books anyway.

I have seen people reading in cafes, particularly in the more independent types and those located in B&S stores, and there are occasional readers on the train, but it's nearly always a Japanese-style comic book.

There are a fair few book shops in Bangkok though, and in recent times I have seen an increasing amount of foreign authored books translated to Thai on the shelves; perhaps social media and the subsequent interaction with foreign media sources is opening up interest in books from other countries?

But in general, countrywide, there is a serious lack of reading going on.

Obviously those exposed to an international education syllabus and foreign travel will have more experience of reading, and indeed a better command of English, so they are more likely to engage in reading.

But education isn't a clear differentiator here. In fact, the motorbike taxi driver perched regularly at the end of my street, flicking through his newspaper each morning, does more reading than the average Thai I'm sure. Another example is an office I frequent, with 30 or so Thai staff, of which I've never seen one with a book in hand.

Maybe this is pure oversight on my behalf and I just don't know enough Thais who read, or maybe reading on the train isn't “the done thing”, but as the PISA graph below suggests, it runs deeper than that…

Thailand Historian David K. Wyatt notes a rich bibliophilic tradition in Thailand, and that in some parts of the country in the 1890’s the male literacy rates were “considerably in excess of the literacy rates in Europe or America at the time.”

Historically, Thailand enjoyed a rich tradition of literacy. There were Buddhist temples that included libraries and boys were taught to read and write in monasteries.

I put this history to a good Thai friend of mine and she noted that she, like others in her school, were never encouraged to read anything other than Thai history and books on Theravada Buddhism.

Of course, because kids are exposed to these subjects in many facets of their daily lives, they weren't very interested. So it makes sense that most kids would be put off of reading from a young age – if indeed the selection of material is so limited.

My friend also commented that University didn't require much reading either, at least nothing other than the essential textbooks; quite unlike the extensive reading lists you get at universities back home, which are purposely designed to broaden the mind and encourage critical thinking.

I guess “establishment guided” reading discourages the independent reading in a big way; in the same way forcing a child to eat greens often results in a teenage rebellion against vegetables.

Clearly something has changed since the days of rich bibliophilic tradition, as can be seen from the PISA reading chart above, which shows Thailand's reading averages down there with Mexico, Cambodia and Indonesia.

It would seem that people are not encouraged to read about the world outside of Thailand. They are not given access to “good reading”. And as such they lose interest and do not go on to read their teens or adulthood.

One example that reinforces this theory is the Chiang Mai school incident some years back, where teachers could see nothing offensive about their children dressing up as Nazis for a school fun day. Let's face it; if the teachers don't know their world history, how can we expect the children to?

We have all encountered systemic ignorance in Thailand, and I believe much of this could be resolved with a reading revolution. 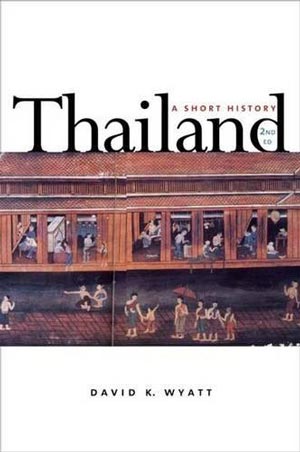 Definitely one for your book list. David K. Wyatt's a short history of Thailand. Click the image to view it on Amazon.

Is Reading “Too Serious”?

Debate of politics, war, corruption, oppression, poverty, psychology, etc., isn't something the majority of Thais like to engage in.

Culturally, debate on these issues is seen as “mai sanuk” (not fun) and a little too serious. I remember getting some funny looks when debating religion with a friend in a cafe. They thought we were arguing!

I think one contributing factor to the lack of debate is that perhaps Thais have had enough. They have been through so much political turmoil through the years that most want their daily experience to be as far away from the rhetoric as possible. This, combined with not wanting to be in “serious” state of mind for too long.

Moreover, books do have a reputation of seriousness, particularly for kids in school, and especially if the books adults are showing them are all about domestic history and Buddhism.

In my opinion, a reading revolution is easily started by simply exposing people to books that are fun and a joy to read.

I don't think people DON'T want to read, as much as they aren't accustomed to reading, haven't been encouraged to read, and simply don't know how enjoyable reading can be. 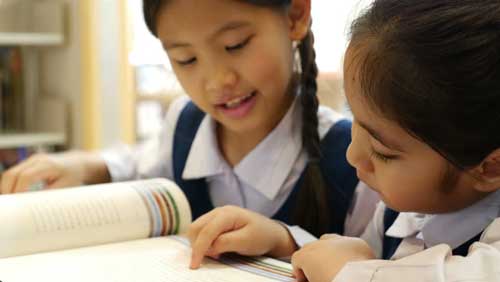 Why Am I Bothered About Thais Reading Anyway?

Well, because I regret the years I didn't read, or should I say couldn't read very well.

In my teenage years, my concentration didn't allow me more than a few minutes of reading. My mind would wander as words passed unregistered through the back of my head.

It was strange. I was unable to retain information. I would read a sentence or two and immediately forget what I had read.

Perhaps I was trying to read the wrong books, or perhaps I had too much on my mind, like trying to survive the daily aggression at my local comprehensive school, where I was having a tough enough time trying to fit in.

Over the years books have become a good friend, helping me learn about the world, its people and history.

Books have helped me to learn to express myself better too, and taught me to write to a decent enough standard that people actually read my blog posts.

Books on tragedy, suffering and war have helped me realise how bloody grateful I should be for my lot in life, and how others have experienced hardship that I have directly or indirectly benefited from.

Books have an extraordinary capability to open the mind and enhance life in many ways. Books open windows to the world by providing context to modern life through history.

This is why it is frustrating to see people who have the access and opportunity to read wasting their time on mindless games and phone apps.

I appreciate that reading isn't for everyone. Some people only ever read what they have to; just enough to pass an exam or learn something for a job role.

Others like light reading: a tabloid paper, a car magazine, celebrity gossip, whatever. I'm not having a go at people who don't read biographies, novels or worldly literature.

But at the same time there is a book for everyone. Most people would enjoy and benefit from reading if they tried.

So I wonder what would happen if young Thais were encouraged to read more. I wonder how society would change if there were more libraries and more emphasis on seeking knowledge, particularly outside of nation and religion. Not because those things aren't important but because there's so much benefit to be had from reading.

Knowledge is power, is it not? Knowledge creates a breeding ground for change. The kids are the future; they will shape the world. So encourage them to do so.

If you give people the tools to freely educate themselves they will become more knowledgable, more capable, more inspired, more productive (maybe), and in turn will create a better future for themselves and their country. 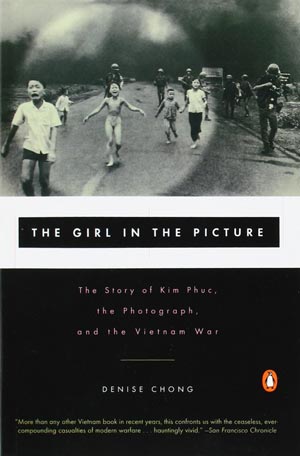 The book I was reading on the train (mentioned at the start of the post) Click the image to see it on Amazon.